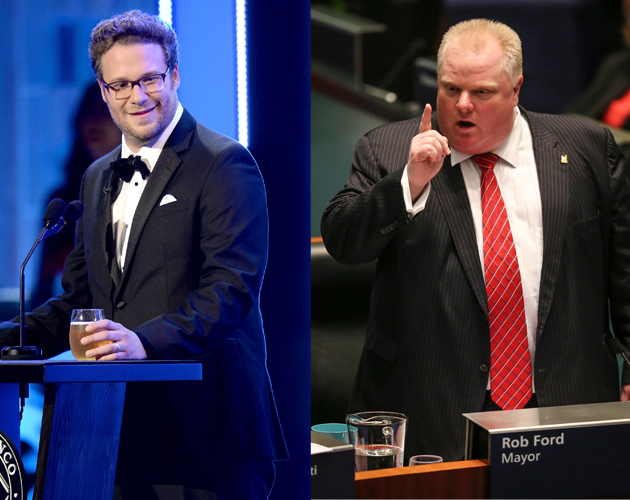 Well at least someone is benefitting from the Rob Ford fiasco, because it sure isn’t the city of Toronto.

Vancouver-born actor Seth Rogan has reportedly been peddling a script about a crack-smoking politico around Hollywood for years, but couldn’t get anyone to bite until Toronto’s mayor made headlines for doing the exact same thing.

“Thanks to this crazy Rob Ford, it sold a week ago. We’ve been trying to make it for three, four years,” Evan Goldberg, Rogan’s writing partner, told the Globe and Mail.  “And we were getting ready to take it out again; we did a big rewrite over the last year and…then at the perfect moment, the real life version of this started to play out.”

The script, which was actually penned by their former assistants, sees the disgraced politician attempt to skip town to avoid jail time. “Maybe it was purely on the merit of the script,” Goldberg continued, “but it didn’t hurt that in real life it was happening and everybody was obsessed with it.”

Since none of the roles have been cast, we’re happy to offer up our casting choices for another Ford film (a musical in fact!), called My Fair Ford, in which two former Toronto mayors make a bet that they can transform Rob Ford into a respectable mayor in time for his re-election campaign. You can see all of our casting choices (and even the musical track listing) by clicking here.