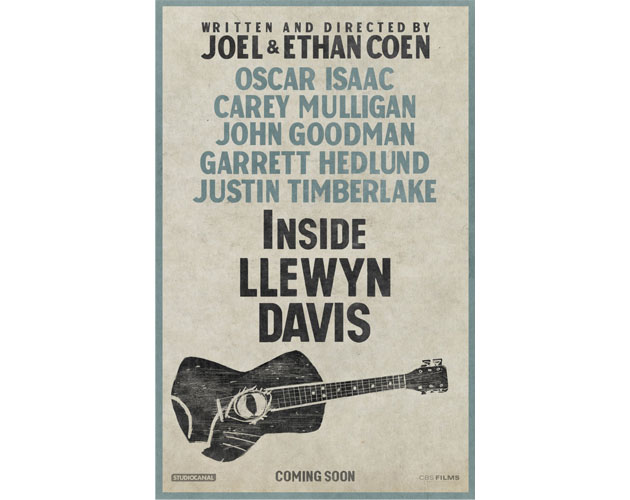 Directed by: Joel and Ethan Coen

Choice Quote: “Folk songs? I thought you said you were a musician.”

The Hype: A “beautiful, foreboding, darkly funny dream,” close to being “the Coens’ most nearly perfect film” that “captures its time, place and tone so well some viewers may feel they’ve stepped into a time machine.” These are just a few of the raving reviews of Inside Llewyn Davis on Rotten Tomatoes, which, for the record, sits at 96 per cent fresh on the site. Even the bad reviews on the site are good: “This is easily the Coen Brothers worst film! But, that’s just how great their other films are. I still liked it, and I’m sure I will enjoy it more with repeat viewings.”

The Reality: Am I the only person who doesn’t think this film is a masterpiece? It’s good, no doubt, but the best film, and best actor (Isaac), of 2013 – as voted on by the Toronto Film Critics Association? That’s going overboard.

Thankfully, a number of other critics groups from other cities, including New York and San Francisco, awarded best picture honours to 12 Years a Slave. Fingers crossed Oscar does the same.

To set the record straight, yes, we all love the Coen brothers and, yes, the music in this film is quite catchy. The acting is very good, particularly Isaac, and the atmosphere positively “New York melancholy.” The film is funny and even the “cameo” of sorts by a certain famed folk singer at the end is a nice touch. The only thing really missing is the plot.

The film itself spans a short period in the life of singer/songwriter Llewyn Davis (Isaac), who’s struggling to make a dent in the 1960s Greenwich Village folk scene. In reality the movie is like skipping the first few chapters of a good book, jumping in somewhere in the middle, and then quitting before the end.

We start with Davis performing at the famed Gaslight Cafe, since his former singing partner – perhaps foreseeing the lengths the universe would go to in denying Davis any crumb of success – took a nosedive off a bridge.

Davis’ solo act, evidently, is floundering, forcing him to bounce from one friend’s couch to another while caring for a former professor’s escaped cat. Oh, and he’s accidentally gone and gotten his friend Jean (Mulligan) pregnant. When visiting the abortion doctor — with whom he’s on a first name basis — he finds out a past girlfriend didn’t go through with the abortion he paid for in advance. That means Davis has a two-year-old child out there.

With nothing but bleak prospects in New York, Davis takes a road trip with a grizzled jazz musician (Goodman) and his driver (Hedlund), two intriguing characters who literally get left by the side of the road before we really get any real chance to delve into their characters, and are never heard from again (along with the cat). But that’s basically par for the course here.

There’s a high-stakes audition, the opportunity to confront the mother of his child, issues with his father and sister, and an attempt to re-enlist in the merchant marines – all of which, in one way or another, go unfulfilled. Most things don’t go Llewyn’s way and he just keeps moving forward. Perhaps that’s the lesson here — life isn’t fair and it isn’t easy, but at least Llewyn, for all his bitterness and faults, didn’t take the easy way out like his former singing partner.

As noted before, the acting is great and the folk songs catchy – including the goofy “Please Mr. Kennedy,” written for the film and performed by Justin Timberlake, who impresses more and more with his acting chops every time out. No doubt the soundtrack should have no problem scooping up awards.

As for the film, it’s worth checking out – especially if you’re a folk fan. But the best flick of the year? Like Llewyn himself, it falls a little short of expectations.

Can the grandkids watch?: It’s not a kiddie movie.