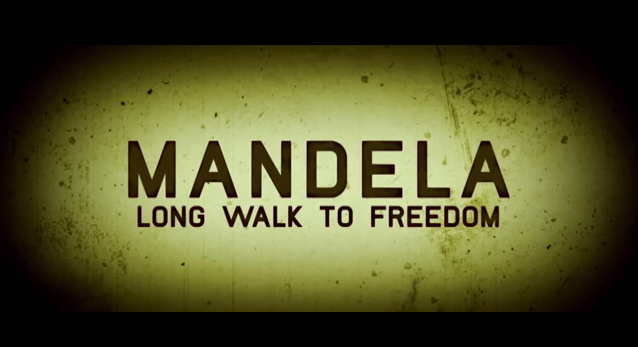 Choice Quote: “I have beautiful children and a beautiful wife. I want them to walk free in their own land.”

The Hype: The life story of Nelson Mandela, from Johannesburg lawyer to anti-apartheid leader to his brutal imprisonment and eventual triumph as South Africa’s first black president.

The Reality: Based on Mandela’s autobiography, the film Long Walk to Freedom squeezes a lifetime of struggle into a short few hours. The performances are first rate, as Elba’s enormous frame brilliantly captures the South African leader’s essence, as his is a portrayal of Mandela to be discussed in the same breath as Meryl Streep as Margaret Thatcher, or Daniel Day-Lewis as Abraham Lincoln. Harris, meanwhile, is fantastic as Winnie Madikizela-Mandela, conveying with heartbreaking detail the horrors that transformed her from idealistic youth to hardened revolutionary fighter over the course of her husband’s imprisonment. Despite only one name in the title, both Elba and Harris carry this film – aided by solid supporting efforts from Kgoroge and Moosa as Mandela’s fellow activists Walter Sisulu and Ahmed Kathrada and Pheto as his first wife Evelyn Mase, among others – and their transition from undying partnership to representing opposing ends of the country’s revolutionary ideology is one of the most intriguing aspects of the film.

At times Long Walk to Freedom can be brutally real, such as the powerful depictions of the oppressive South African regime and the struggles of the black population to survive. And Mandela isn’t simply painted as a saint, as extramarital affairs and his sanctioning of violence in the fight against the South African regime are on display. But at points the script feels a bit labored, and it may have served the film better to trim it down and focus on the period just before Mandela’s imprisonment, and then through to his release and rise to power. His 27-plus years in prison, most of which were spent in torturous conditions on Robben Island, don’t quite get the full play they deserve due to time constraints, though the prison’s soulless warden, Colonel Badenhorst (David Butler), will make you cringe with every hateful word he utters. Meanwhile, Mandela’s refusal to accept freedom for himself unless it means freedom for all in South Africa is a bane to the country’s top political leaders, but proves just how unflinching the man’s spirit truly was.

So yes, it’s true that you can debate what aspects of Mandela’s life deserved more or less play in the film. On the other hand, the duo of Elba and Harris personify the struggles of both the nation, and the individual, through the terrible oppression of apartheid. Let the Best Actor/Actress nominations begin.

Can the grandkids watch?: It’s pretty brutal for young kids, but teens could learn a lot from it.