Curtain Up and a Coup: the Canadian Opera Company Announces a New Season 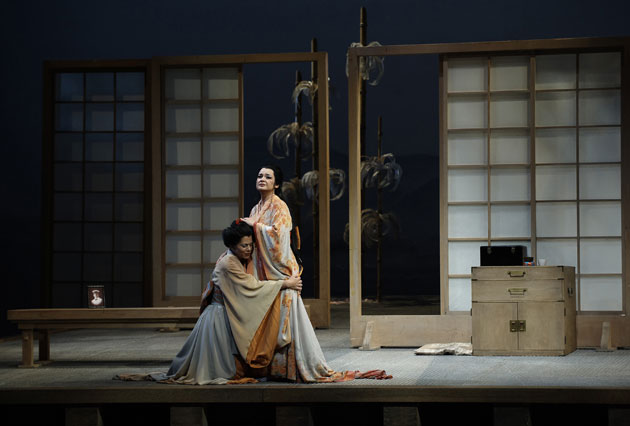 The answer: High notes and low subscription prices and love and war and betrayal and a Brunhilde the world will be watching.

The question: What is the 2014-15 season of the Canadian Opera Company?

It also includes the debut of Grammy Award-winning American Christine Goerke, 44, in the role of Wagner’s thunderous Valkyrie. She’ll appear in Toronto as Brunhilde before taking on the role at the Met, in what’s been described as “a stunning coup” for the COC by Toronto Star columnist Martin Knelman.

The COC also announced new “special value pricing” subscriptions, available on most levels of the Four Sseasons Centre. Prices for the six-opera subscription range as high as $799. The packages represent a saving of 50 to 60 per cent on individual tickets, advises the COC about its newly restructured “value-priced” subscription offerings. They’re available now at www.coc.ca.

The curtain goes up on Verdi’s Falstaff on Oct. 3. for seven performances, with Canadian baritone Gerald Finley in the title role. The new co-production with the Met, La Scala and the Royal Opera has already won acclaim. The New York Times called it “enchanting.”

From Oct. 10 through Oct 31, Madama Butterfly will be longing and languishing on the stage of the Four Seasons Centre. Sharing the role with Kelly Kaduce in the run of 12 performances will be Patricia Racette who was Cio-Cio San in the recent Met Opera HD broadcast. This is the fifth revival of the Brian Macdonald production since its debut in 1990 — and each time it’s been sold out.
Mozart’s Don Giovanni is scheduled to raise the curtain on 2015 with 10 performances, beginning Jan. 24 and running through Feb. 24. The new co-production by Dmitri Tcherniakov, named Best Director at the London International Opera Awards in 2013, has been described as “blistering, unconventional and piercingly honest.” The seductive Don Juan role is sung by Canadian baritone Russell Braun.

A revival of Atom Egoyan’s acclaimed production of Die Walkure, with Goerke, alternates with Don Giovanni, running for seven performances from Jan. 31 to Feb. 22. Spring brings both light and shadow with a new production of The Barber of Seville and a revival of the double bill of Bluebeard’s Castle and Schoenberg’s Erwartung.

Rossini’s Barber comes to Toronto courtesy of the Spanish theatre troupe Els Comediants and the COC promises a day-glo spectacle “hovering between fairytale and vaudeville.” Canadian Joshua Hopkins is the barber Figaro in 13 performances starting on April 17 and running through May 22.

The season’s closer is Robert Lepage’s Bluebeard/Erwartung, running for seven performances from May 6 to May 23. Canadian bass-baritone John Relyea is Bluebeard and Russian mezzo-soprano Ekaterina Gubanova is his unfortunate bride. Canadian mezzo Krisztina Szabo debuts in the role of the woman who goes mad in Erwartung.