Keeping Up With The Joneses 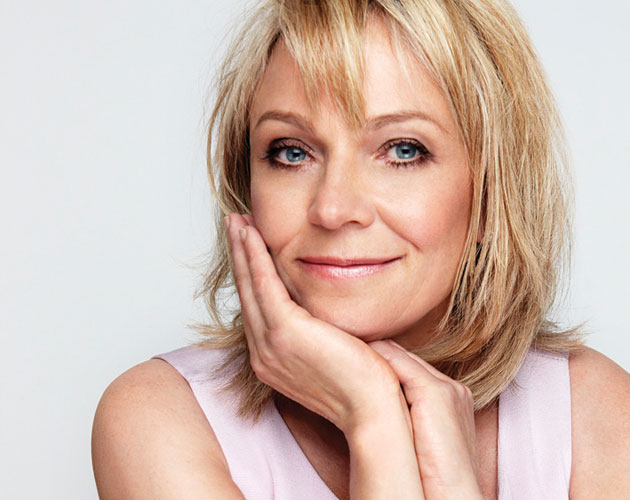 She created chick lit in the ’90s with her seminal Bridget Jones’s Diary. This fall, Helen Fielding is back with the third novel starring everyone’s favourite comedic heroine

HAVE you ever wondered what happened after Elizabeth Bennet wed Mr. Darcy? Did they live happily ever after? Or did Darcy turn mean and nasty, causing Lizzie misery and despair? Or did their children run amok and languish in an opium den, thus bringing shame upon Pemberley? We’ll never know because Jane Austen, the author of Pride and Prejudice, didn’t live long enough to write a sequel. Or, rather, she may never have wished there to be one.

Yet in our era of popular culture where “franchise” is the buzzword du jour, authors must spawn sequel upon sequel in rapid succession, sometimes to the detriment of the beloved characters he or she created.

That was why, being a devoted fan of 1996’s Bridget Jones’s Diary, when the third Bridget Jones novel, Bridget Jones: Mad About the Boy (Knopf Canada), landed on my desk, I was nervous. Thankfully, the story that unfolded was as original and witty as the first two, with the requisite tear-jerking moments that make for a great read. One reason perhaps is that author Helen Fielding, 55, who singlehandedly launched the chick lit genre, took 14 years before revisiting Bridget, which gave her iconic character loads of new cultural phenomena to trip over, skewer and debate. Namely Twitter and Facebook, having children after 40 and aging as gracefully as Bridget Jones reasonably can. That’s right, Bridget Jones, the 30-something singleton who navigated the dating world in London in the ’90s, is now 51 and still trying to figure life out, albeit with a set of very grown-up complications that I won’t spoil here.

Speaking to Fielding on the phone from Los Angeles, she explained that when she started writing Mad About the Boy, it wasn’t planned as a Bridget Jones book at all but it was Bridget’s voice that kept creeping into the writing and took over. The story Fielding wanted to tell was inspired from what she had observed in her own life, as well as that of people around her, and that included the challenges of aging. “I think later in life stuff happens to people. Life never turns out quite like people expect. And the thing I love about Bridget is that she gets through stuff. She keeps buggering on and she finds things to laugh at and she finds the fun,” she explains. “This is her journey back through a tough time, which, let’s face it, most people, unless they are very lucky, later on in life something tough does happen.”

I ask if, with today’s youth obsession, it was tempting to keep Bridget younger in order to appeal to a new generation of reader. But Fielding wasn’t having any of that. “I thought fuck it. She’s that age, and that’s what’s going on for people that age. Still having a life and still wondering if people are going to text or call and still talking to her friends about dating.  That’s what I’m seeing around me.”

The first Bridget Jones book was groundbreaking with its humorous and honest portrayal of the pressures of single life at the time, so it should come as no surprise that Fielding approached the single life of women after 50 with the same precision. “With the first Bridget, a 30-something unmarried woman was wandering around with the idea that they were Miss Havisham. It was like fiction hadn’t caught up with life,” she says. “And now the idea of a 50-something woman, the concept is completely different. The women I’m seeing all around me who are still sexy, still dating, still working out, still looking gorgeous. And it’s not true that they are the disappearing women anymore. That’s gone.”

When our time is over, Fielding tells me she is coming to Toronto for her upcoming book tour and that her mother is Canadian. “She’s from Regina. We used to have this joke that whenever she said that, we would say, ‘Mother!’ ” Fielding laughs, as do I, for the great thing about her humour is that no matter how much she pokes fun at life, and it’s a life we all relate to, you’re always in on the joke.