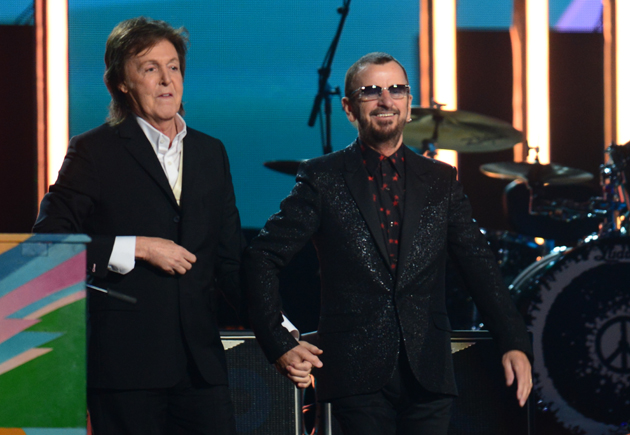 Yes, for those tuning into the Grammys last night in anticipation of the much-ballyhooed Beatles reunion (in celebration of the 50th anniversary of the Fab Four’s British Invasion), the math just doesn’t add up. Instead of a medley of classics, which could have included appearances from Yoko Ono, one (or both) of John Lennon’s sons, as well as George Harrison’s son Dhani, we got Sir Paul McCartney and Ringo Starr collaborating on McCartney’s new single, “Queenie Eye.” Any other day, this may have worked but, on this night, with expectations as they were, it felt flat.

In response, if we’d have known how the whole scenario was going to go down, here are five things we would have rather seen from Sir Paul and Ringo than the disappointing Beatles non-tribute:

3. The Beatles sitting Justin Bieber down to explain how, years ago, when rock stars took drugs, they often wrote brilliant music instead of drag racing with their redneck fathers.