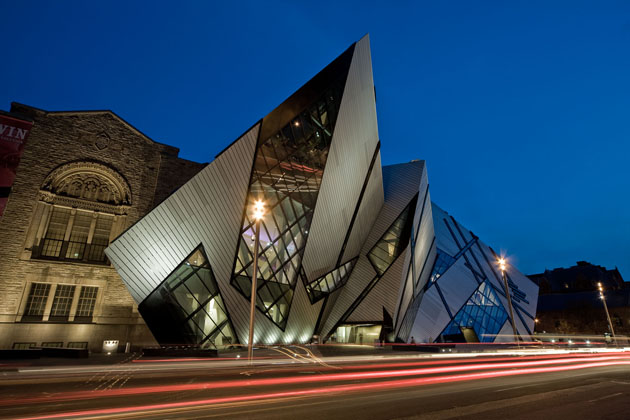 This March the Royal Ontario Museum turns 100 – a milestone, even if it is still a baby compared to the millions-of-years-old artifacts it houses. In anticipation of the centennial, I sat down with the ROM’s Director and CEO, Janet Carding, to discuss the museum’s history, it’s relevance, and a highlight of the big birthday plans – throwing the doors to the collections open so “people see things that you can only see once in a hundred years.”

MIKE CRISOLAGO: A lot of the centennial celebrations are still being planned, but you’ve noted that the centerpiece of those plans includes the general public having the chance to venture behind the scenes. Give us an example of something you have in storage that would amaze people to see.

RELATED: The World’s Most Unique Buildings

MC: The ROM’s centennial is a celebration of its history, but in many ways the museum also reflects the history of so many Canadians.

JC: Back in 1914 when they were creating the ROM they didn’t know how Toronto was going to turn out in terms of its diversity, but what they did know was that it was going to be a significant city. I talk to people who’ve grown up here, and maybe their parents migrated here, and they’ll say, “I learned about my own heritage at the ROM. That’s where I learned about who I am and how I fit into everything else.” And that’s fantastic.

MC: Now, you can’t talk about the ROM without noting the very polarizing crystal out front. What are the chances that in the coming years it’ll be celebrated in the same way the Eiffel Tower or the Sydney Opera House – two structures people initially disliked – are now?

JC: I think that that’s the thing about the crystal – it has a big personality and it makes a big contemporary statement. I think we need to support the vision and the statement that it makes, and then in 20 years time you should ask your question again. What I don’t want is that the building feels that it’s out of step with the museum. And so that’s where I think that it’s right that the museum also has to feel like it’s moving with the times and it’s being contemporary.

MC: Imagine you get a call from one of your researchers out in the field, and they say, “You’ll never believe what we’ve discovered…” What would you like to hear at the end of that sentence?

JC: One of our scientists is working with NASA to analyze some of our meteorites from Mars and from the moon, and if they phoned up and said that they’d found proof of life on Mars I think that’d be pretty special. [Laughs]

MC: What does the museum of the next 100 years look like?

JC: I think museums are going to feeling like a more dynamic work in progress. When we get a new phone every two years, why would we expect you build a gallery and it would have a 20-year lifespan? And I think for the visitor, whoever they are, they’re going to feel as at home exploring the physical space [as they do] exploring the museum digitally. Thinking about (the ROM) as a living organism is great, because actually it’s about reanimating the museum.

MC: Finally, a very important question: If you were locked in the ROM overnight and all the exhibits came to life ala the movie “Night at the Museum,” what part of the museum would you want to be in?

JC: I would love to be in the Egyptian gallery. Such a lot of Egyptian history has come down to us that we feel as though we know people from this culture, but I think if you actually met someone from that culture and they came to life it would be fascinating.

MC: One final, very important question: in a Night At The Museum scenario, if you were locked in the ROM overnight what part of the museum would you want to be in when the exhibits came to life?

JC: I would love to be in the Egyptian gallery because I just think it would be fascinating to be able to talk to the people who we only really know through their images and through their hieroglyphics but we feel as though we know them quite well. Such a lot of Egyptian history has come down to us that we feel as though we know people from this culture, but I think if you actually met someone from that culture and they came to life it would be fascinating.

Coming Soon: Part Two of our interview with Janet Carding, where she takes us on a personal tour of the ROM and discusses her vision for the museum of the future.