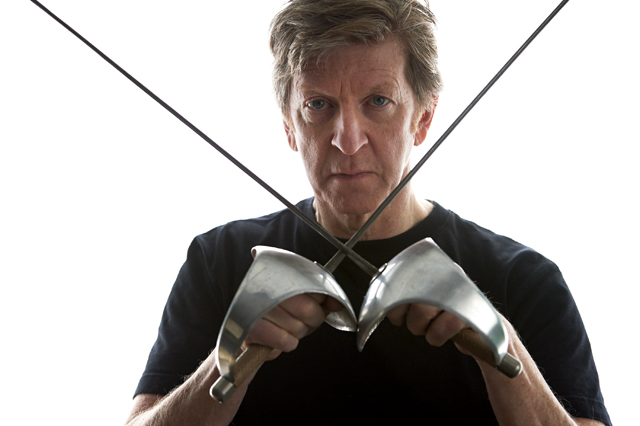 “Crazed, Mike. Crazed” – R.H. Thomson’s reaction when I asked him how he was doing on a recent, frigid, Toronto afternoon. It’s no surprise, really, when you consider the 66-year-old writes, acts (for the stage as well as screens big and small), directs, and donates his time to arts activism and historical preservation ventures – often balancing many of these pursuits at once. “But, it’s all good,” the former Road to Avonlea star notes. “I’m not dead and that’s the main thing.”

It is the main thing, and it’s also convenient considering the very-much-alive Thomson is set to receive ACTRA Toronto’s 2014 Award of Excellence this Saturday at a gala held at the historic Carlu in the heart of the city. It’s another accolade to add to a trophy case filled with prizes, honours, and even the Order of Canada. But, as Thomson told me, he’s the last one to buy into his own hype.

MIKE CRISOLAGO: Does it ever become less of a thrill to receive awards like this ACTRA honour?

R.H. THOMSON: I can’t believe all the so-called awards nominations. I just don’t believe it. I go, “That happened to me?” If someone comes up to you and says, “That was great”…it helps you. But it doesn’t change the core of what we’re trying to do – tell Canadian stories for Canadians.

MC: So you don’t rest on the accolades.

RHT: There’s nothing to rest on! [Laughs] If it came with a $4 million cheque, okay, I’d retire…I don’t mean that as a negative or to demean an award. I’m just saying, well, life goes on and you’ve got to work. I’m on the right track and I’m being of value to someone, thank God. It is the equivalent of [when] someone will come up to me on the street – not very often – but someone will come up and say, “Do you remember that performance of The Changeling? I remember the way you walked down the stairs. I remember when you did this.” And I go, that’s it. That’s why we do it. I also get the reverse of that too.

RHT: This guy came up to me on the subway the other day and he said, “You! Didn’t you used to be an actor?”

RHT: It goes both ways.

MC: Are there any roles or projects you’ve always wanted to perform that you still hold out for or want to pursue?

RHT: The ones (I wanted) to do I’m too old for now. Certain big regrets I never got to do. Edgar in King Lear. Richard III. Never happened But I’ve been very lucky.

MC: As you get older do the roles get less weighty, so to speak?

RHT: You’d have to separate theatre, and television, and film. Theatre they don’t. I’m off to do Glengarry Glen Ross and I’m playing Shelley Levene in it – a wonderful adventure to go on. But film and television – (network) television especially – because it’s a more commercial medium…there’s less interest in faces over 35. And cruelly so for women.

MC: It’s funny because when you think of theatre – Death of a Salesman for example – you need an actor of a certain ability to play Willy Loman and you may be in your 50s or 60s before you’re able to pull that off.

MC: You noted off the top that you’re keeping very busy. Why is it important to commit to so many different pursuits?

RHT: I want to experience it. I wrote a piece for Tafelmusik because it really tapped into my interest in music and musicians and the 18th century. I wrote a piece based on Robbie Burns because we have this Robbie Burns show we take around. So, you keep opening different wells, and they’re all rich. There’s so much to be explored and expressed and experienced – why stop?