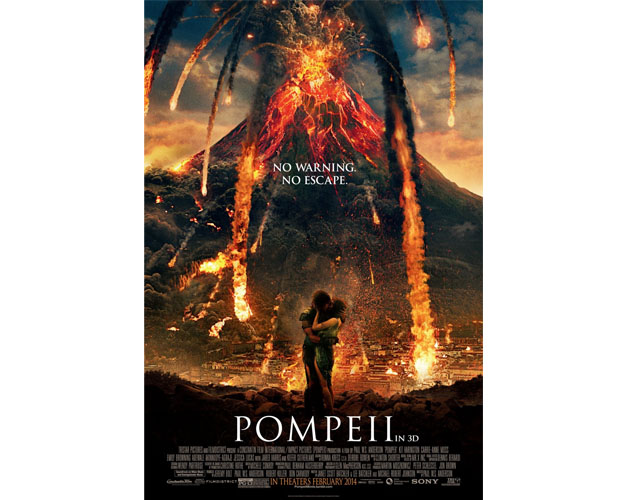 Genre: Disaster, in more ways than one.

Choice Quote: “Holy cow! The volcano is exploding!” Or, you know, something like that.

The Hype: Remember the movie Gladiator? Imagine that, but with more magma.

The Reality: Frankly, an hour or so in, you’re almost rooting for Vesuvius to blow and just end it.

The frustrating thing about Pompeii is that the real story of the tragedy is more intriguing than any Hollywood script. History laid it all out – an ancient Roman town resting on the side of a volcano that erupts and literally freezes it in time.

For this film it took three screenwriters to come up with the brilliant idea of inserting a love story of the age-old “rich girl, poor guy” variety into all the chaos. Hey, it worked for Titanic, right?

Here, it’s just ridiculous. Kit Harington (Game of Thrones) stars as Milo the Celt, a slave turned gladiator who hates the Romans because they slaughtered his family (sound familiar?). Apparently, Milo is also a horse whisperer, which comes in handy. Still, as this movie proves, a penchant for calming scared stallions and a set of ripped abs can’t make up for the lack of commanding presence or urgency he brings to the lead role.

Emily Browning is Cassia, the upper-class object of his affection, who also catches the eye of the not-so-nice Senator Corvis (Kiefer Sutherland). Inevitably Milo and his gladiatorial rival Bridgageous (Adewale Akinnuoye-Agbaje) are forced to fight off a bunch of bad guys until just the Senator, and a seriously angry volcano, stand between Milo and Cassia’s love.

That’s when director Anderson, no stranger to special effects magic (Alien vs. Predator and the Resident Evil films) lets Vesuvius loose, utilizing the film’s 3D component for whole lot of destruction. But even this only inspires the odd flinch when a fireball’s suddenly shooting straight for your face. The final few minutes – almost a parody of cheesy Hollywood romances – will have you groaning.

Save yourself the time and find a documentary about Pompeii instead.

Theatres or rent it?: Rent.