A Knight’s Tale: A Q&A With Sir Ian McKellen 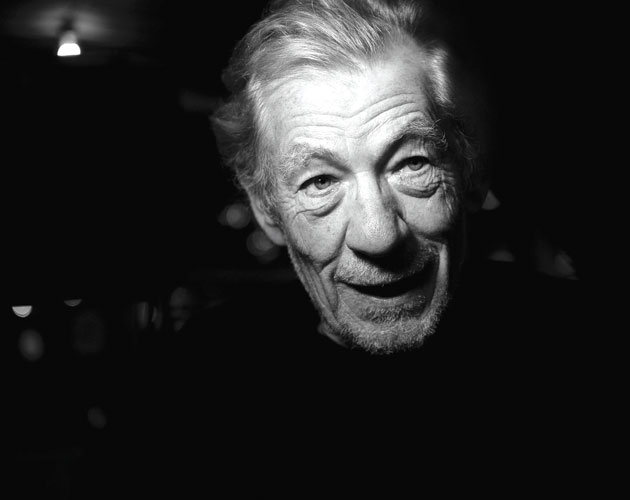 I’ve never had a real, honest-to-goodness knight ring me up so, while I awaited Sir Ian McKellen’s call, I debated how I should address him: Sir? Sir Ian? Your Knightliness? It turns out the 74-year-old, who appears in the holiday blockbuster The Hobbit: The Desolation of Smaug, prefers simply “Ian.”

MIKE CRISOLAGO There was a time you considered not returning to play Gandalf in The Hobbit film series. What changed your mind?

SIR IAN McKELLEN Years before we started doing The Hobbit, the film was on, then off and on and off. [Director] Peter Jackson left the project at one point. I kept myself out of work for long periods waiting for The Hobbit films to happen, and then it didn’t. So it wasn’t a simple decision. I began to get used to the idea of not doing The Hobbit. Then when finally Peter was doing it and finally the dates came through and finally I saw the script, that’s when I realized that I wanted to hold onto Gandalf.

MC What is it about playing Gandalf you enjoy the most?
IM I do like Gandalf the Grey as a character, so that’s quite pleasing for me to be able to reprise it. And I get to visit New Zealand, where all the films have been made. Not just the country but the friends and colleagues who work on the films. It’s been like going back to an extended family each time, so I think that’s been the unseen pleasure of the films.
From the very first [Lord of the Rings] film, there has been an audience waiting to see [them]. And [with] The Hobbit, the same was true. That has been part of the pleasure of doing it – not hoping there was going to be an audience, hoping the film got good reviews, hoping that it got properly released – all those things were less important than knowing that people wanted them.

RELATED POST: Popcorn Picks: The Hobbit: The Desolation of Smaug

MC Speaking of your audience, you’re famous for keeping busy on social media, connecting with fans and chronicling your work and travels.
IM I kept a public diary in the early days, in 2000, and I put it online and … if I’d called it blogging, I would have invented blogging. I was there doing it before almost anybody. Peter [Jackson] is very alert to social media and enjoys it and can understand how it’s a direct link to the fans of the films. I learned that from him. I get asked quite frequently to write an autobiography and I say I don’t need to because if you look online, my website [has] much more about my life and career than I could ever put into a book.

MC So with all your acting work and other commitments, what’s your secret to maintaining a healthy, active lifestyle?
IM [Like plenty of] people my age, I’m bright and breezy. I have my health – that’s a matter of luck as much as anything else. And I do keep working. And if I weren’t working, then I don’t quite know what sort of person I would be. I like the stimulus of a new part and a new group of people to work with and a new situation. It makes waking up in the morning really enjoyable.

MC There’s a movement now in Hollywood, with actors in their late 50s, 60s and 70s getting meatier leading roles. Do you notice a shift in the types of roles you’re offered today?
IM If it’s true – and certainly there are films now that are made about [older] people that are successful – it’s because people are living longer and still want to go and see films and read books and go to plays. The two plays I’m doing on Broadway have older characters right at their centre, and there’s obviously an audience for that. I hope it doesn’t exclude young people who perhaps are interested in what it will be like when they get old. [Laughs.] But I haven’t been offered … I can’t think of a romantic part of late. Maybe I have. I’ve forgotten. That’s part of the nature of getting old, of course. You do forget.
[Adding enthusiastically] I’m going to be playing a 100-year-old Sherlock Holmes next year (in A Slight Trick of the Mind). And there’s a new play that’s just been written for me by Simon Stevens, a wonderful English playwright, about someone my age that gets involved with a younger woman.

MC You don’t have grandchildren of your own but you’ve said that you feel like a surrogate grandfather to all of the young children who are fans of The Lord of the Rings films. What’s that relationship like?
IM How they relate me to Gandalf I’m not sure because I don’t think I look particularly like him. But they seem to get through all that and they want to know about how the films are made and so on. I often get very sweet letters, sometimes from kids that are very ill, who appreciate a message from the actor who played Gandalf. I do like it that Gandalf’s strengths appeal to very young people. They think he’s [someone] they can rely on. But, of course, he has frailties and he loses his temper and then also likes a joke as well. And I suppose that’s what you hope for your grandfather – that he’s going to play games with you and take you on adventures. But it’s very appealing to me to have an instant ease of relationship with people who are so much younger than I am.