A Brief History of Hollywood-Inspired Fantasies 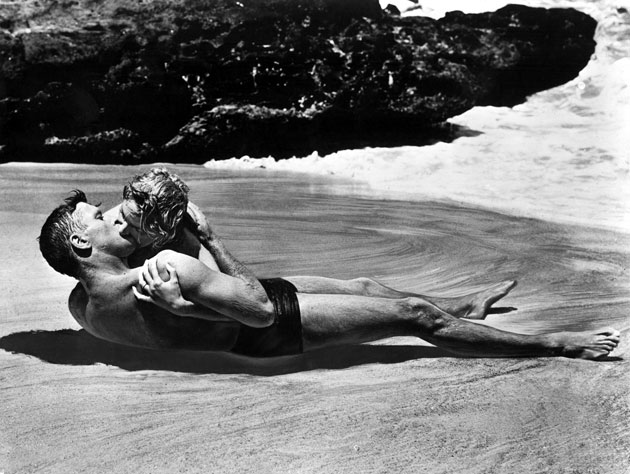 I watched her as she sat at the pottery wheel, the clay spinning beneath her slender fingers, a whiff of her perfume beckoning me closer.

Like Patrick Swayze and Demi Moore’s “passionate pottery” scene from Ghost, I sat behind her, placing my hands over hers, the clay oozing over them like the aching desire that simmered between us.

It was then that she turned to face me, her chestnut eyes wide and glistening, and asked in her melodious voice:

“Who are you and why are you touching my gourd?”

Long story short, I’m no longer welcome at the Thursday night pottery classes down at the community centre. But, in my defense, the whole sensual pottery idea did work in Ghost. Granted, as the emergency room nurse noted as she bandaged my nose, “that’s just a movie.” But what, I ask you, is Hollywood if not a fantasy factory projecting our deepest sexual desires onto the big screen?

Tinseltown is synonymous with stories of sexual awakenings, kinky hook-ups, and sordid sexcapades – and that’s just an evening at Charlie Sheen’s house. Then you have the actual films.

As Zoomer’s recent sex survey showed, sexual fantasies run rampant within the 45+ set, and it’s interesting to think how many of those fantasies originated in, or are explored through, film.

Stars like Rudolph Valentino and Theda Bara were among the first to play up their sex appeal on the silver screen. Mae West broke the silence of the silent era, literally going to jail for her sexual frankness, while Betty Grable kept G.I.’s warm in the trenches during the Second World War. Raquel Welch’s fur bikini from One Million Years B.C. made you wish you’d paid more attention in anthropology class, especially since evolution meant the fur bikini gave way to Princess Leia’s golden bikini and trademark buns (the hairstyle – get your minds out of the gutter). Brigitte Bardot made the boys say “Oooh la la” while Marilyn, of course, was capable of scratching almost any man’s seven-year itch.

Films, however, go beyond simply showcasing sex symbols. When it comes to hooking up with that Hollywood heartthrob, what woman hasn’t dreamt of frolicking in the surf with their own Burt Lancaster, ala From Here to Eternity? As for the guys, The Graduate’s Mrs. Robinson opened the door to a whole new fantasy world: the seductive older woman.

Speaking of fantasy worlds, director Bernardo Bertolucci channeled his desire for a one night stand with an anonymous European lover into the NC-17 Last Tango in Paris – featuring a post-Godfather Marlon Brando making the much younger French actress Maria Schneider an offer she, well, eventually refused in a Parisian apartment.

The 80s actually offered an interesting mix – on one hand there was 9½ Weeks, which helped bring voyeurism, sadomasochism, and food play into the mainstream. On the other hand, you had teen dreams like Fast Times at Ridgemont High, complete with Phoebe Cates and her famed red bikini, and Weird Science, where two friends create their own perfect woman (Kelly LeBrock) on their computer. Nowadays films like Her cut out the “perfect woman” part and the guy just hooks up with the computer.

Meanwhile, the name of Lars von Trier’s upcoming two-part sex epic (“sexpic”?) Nymphomaniac is pretty much self-explanatory, while the highly-anticipated Fifty Shades of Grey film proves how successful a story with little literary cred and a whole lot of sexual adventure can be.

And when it’s all said and done the movie-going public leaves the theatre dreaming about a fling with their own Christian Grey, or Princess Leia, or warm apple pie. The passionate pottery scenario however? That, evidently, remains a fantasy.