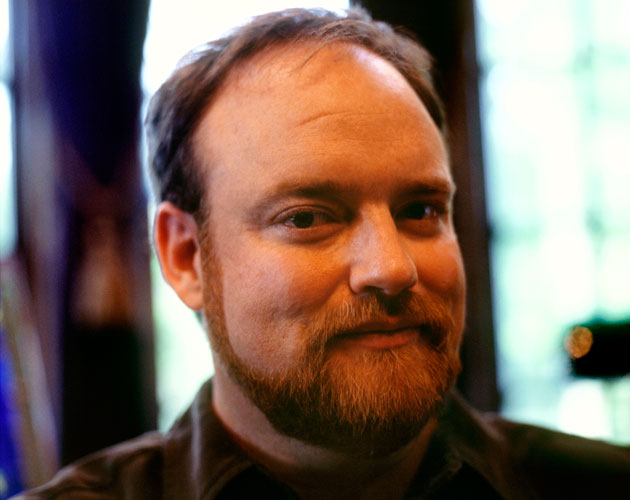 Most people, when sifting through their parents’ belongings, come across old family photos, or an heirloom tucked away safely. Of course, most people aren’t the children of Johnny Cash and June Carter Cash.

John Carter Cash, the famed couple’s only son together, hit what could prove to be music gold when going through his father’s things after he passed – a trove of unreleased recordings by the Man in Black himself, some featuring his wife June and other legends like country superstar Waylon Jennings.

With today’s release of Out Among the Stars, originally recorded in the 1980s, some of those songs will finally see the light of day. John Carter Cash recently spoke with Zoomer’s Mike Crisolago about his family legacy, music, and his father’s final days – when even blindness and broken bones couldn’t crush his creative spirit.

MIKE CRISOLAGO: Tell me about that moment, as you were listening to the tapes that ultimately became Out Among the Stars, when you realized you had something special on your hands.

JOHN CARTER CASH: I was actually at some of the original sessions [so] I’m brought back to a period in my father’s life, my life, when we were very close. So it’s a personal connection in spirit for me, for one thing, that I get to be with my dad again in so many ways. My dad’s wonderful voice, he’s focused, he’s clear-headed, he’s in love with my mom. I was there the day Waylon Jennings walked into the recording studio. It was like going back around full circle.

MC: How do you think your father would feel about the release of the album today?

JCC: He never ceased, nor did he abandon, his creative spirit. It continued on, and he totally gave his heart to every endeavor. I know he believed in this record when he recorded it. When I listen to “Baby Ride Easy” I remember the excitement that (his parents) felt thinking that they could possibly have a hit again. I know that he would be excited, as would my mother, about that. I think it’s an important picture of his creativity that not as many people know that much about.

MC: You’re the caretaker of your family’s famed legacy, which must be quite the responsibility given how beloved they are around the world.

JCC: I’m grateful for the fact that I get to continue this legacy. A lot of people think of my father as this dark character – this ultimate image of cool. And that’s part of who he was, but there was so much more to my dad and its become my mission to try to share that.

MC: What is your favourite memory of Johnny Cash as a father?

JCC: The fishing trips that we went on, up into northern Saskatchewan when I was a kid. I travelled all over Canada fishing with my dad. But I also have to say that if I look at the lessons he taught me in life and what stands out it’s the way that he lived his life – especially towards the end of his life.

His body was becoming frail, he broke his jaw, he had nerve damage in the jaw, he developed a Parkinson’s-like disease that made him retire from the road. But he went into the studio, even if he had just been in the hospital two weeks prior with pneumonia.

It’s not even about being a star or having hit records or even music. It was his very life’s blood. My dad was blind in the last three months of his life. Not as many people know that. And music was it. Music was his way because he couldn’t read any more. He couldn’t talk to my mother. Music was his way of expressing his life and his feelings. And we have great recordings like “Ain’t No Grave Gonna Hold My Body Down” that were done in that time period.

MC: If this record is a hit, do you think it could help rehabilitate the idea that the 1980s were a bad time, creatively, for Johnny Cash?

JCC: To me this is sort of a link between where he was in the late 60s and the American Recordings period. This record stands out as being a strong link of all the records – this is my opinion – that were done in that time period. But, I think it is misunderstood. Johnny 99, to me, is a great record. It’s a really good record. There’s some stuff during the 70s that was really good. The Rambler is a record of unique vision like nothing else that was ever done before. Very few people know these records. But they were great works. So I just believe, basically, that he wasn’t getting the attention that he was due.

MC: Lastly, you found these tapes – is there a chance that there will be further unreleased tapes from your father and/or mother down the road?

JCC: There is more. It’s got to be right. It’s got to say something unique, or say something in a way that hasn’t been said before. And if [it’s] a Johnny Cash-June Carter duet, then that’s okay – yes, let’s play it for the world. But we’re very, very careful about what is released …There will be another release, but we’re deciphering it and trying to figure out what that will be.

Out Among the Stars and House of Cash – a coffee-table book of photos and stories from Cash’s life – are available in stores and online today.

Click here for a chance to win the new album!