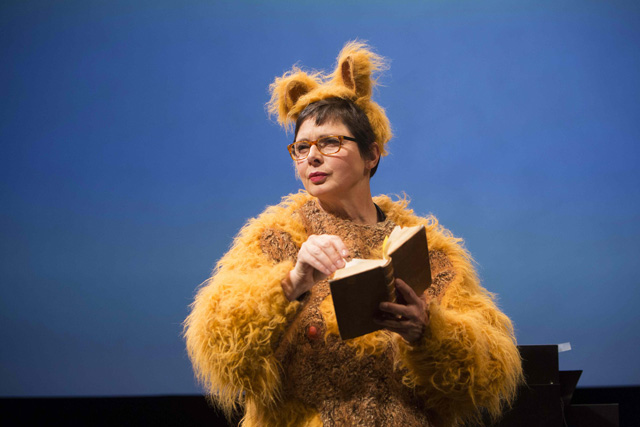 “Sex. There is plenty of it at this year’s festival…”

There you have it, straight from Luminato artistic director Jorn Weisbrodt himself. Of course, it’s not ALL sex…well, unless you’re talking the stage show All the Sex I’ve Ever Had, the Mammalian Diving Reflex production that brings together a “cross-section of very sexy senior men and women [who] will open up about their sexual adventures (and misadventures).” The festival program lists the length of the show as varying “depending on audience participation.” This could get steamy…

These, of course, are just two of the highlights from this year’s 10-day cultural festival, which incorporates music, dance, film, and theatre into various locales in and around downtown Toronto. Other highly anticipated offerings include:

* The Cardboard Beach, which sees the Festival Hub at David Pecault Square transformed by Los Carpinteros, bringing the beach to the heart of the city with all the associated amenities short of seagulls swooping down to scoop up your snack.

And speaking of snacks, this beach offers lots of food and is fully licensed for your favourite sand and surf beverages.

* Sleeping in the Devil’s Bed: The Music of Daniel Lanois: A celebration of the career and music of artist Daniel Lanois, featuring artists such as Emmylou Harris, Kevin Drew, Lanois himself, and others.

* If I Loved You: Gentlemen Prefer Broadway (World Premiere): Sure to be one of the festival’s most talked-about shows, this brainchild of singer-songwriter Rufus Wainwright takes some of Broadway’s most treasured romantic duets and re-imagines them as love songs sung between two men. Wainwright is joined in performance by a number of great singers, including David Byrne, Josh Groban, Boy George, Steven Page, and more.

* The Lost Train: A feast for foodies and music lovers alike, The Lost Train is a mysterious collaboration between Joe Beef restaurant co-founder Fred Morin and composer/turntablist Kid Koala, in which passengers are brought to a secret location to board a train and enjoy a ride with food and tunes provided by both men. The experience is intended to encourage passengers to “(pay) attention to the moment, to the childhood memories and to where a journey might lead you, without it ever ending.” The train only makes 12 trips, and only eight passengers are allowed aboard per trip, so this is sure to be one exclusive ride.

* The Day of Literary Intensity: The jewel of Luminato’s literary offerings, June 15 starts with the Literary Picnic in Trinity Bellwoods Park, followed by Literary Walks and the Soulpepper cabaret The Lost Songs of Toronto, featuring the city’s poet laureate Dennis Lee. All of the events follow the day’s overarching theme Toronto, the Unseen. Click the above link for all the details.

* So Blue: Famed Canadian dancer Louise Lecavalier, 55, choreographed and stars in this production that she says allows “the body to say everything it wants to say without censoring it, so that out of this profusion of spontaneous movements, something true and beyond our control emerges.”

* River of Fundament: Matthew Barney’s six hour – yes, six hour – film which blends documentary footage and live-action cinema to tell “an epic story of regeneration and rebirth” that was inspired by Norman Mailer’s novel Ancient Evenings. And yes, there are two intermissions.

For more information and full details of all the Luminato events, click here.