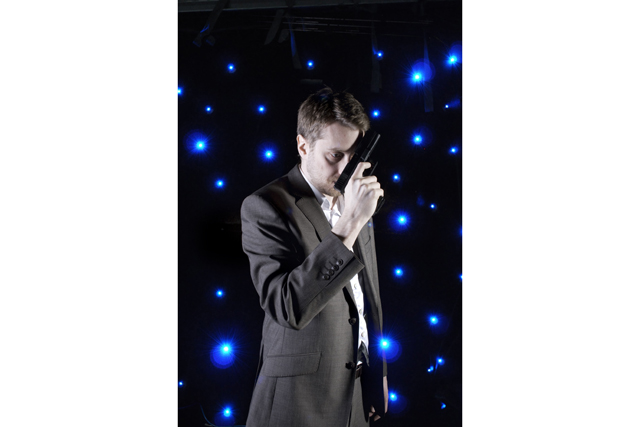 I’ve been to theatre shows that have made me wish someone would put me out of my misery, but Bullet Catch is the first I’ve seen where the performer invites an audience member to pretty much do the same.

This Luminato show tells the true story of magician William Henderson, who attempted the deadly “bullet catch” trick (where an audience member fires a bullet at the performer, and the performer catches it in his/her teeth) and, well, fails.

Of course, failure to catch the bullet generally results in death, which is exactly what happened to Henderson (and it’s also why a magician no less prestigious than Houdini himself warned him not to do the trick).

Clearly Henderson didn’t heed the warning, and neither does William Wonder, the character played by Bullet Catch creator Rob Drummond. In this funny, introspective, and, yes, magical show, Drummond tells Henderson’s tale while dazzling the audience with a few magic tricks of his own.

Drummond also explores the human psyche to attempt to decipher how Henderson could lure a stranger onstage and convince him to shoot him in the face. Well, we find out, because Wonder does the exact same thing – plucking a willing participant from the audience to accompany him onstage for most of the show, play the role of Henderson’s killer, assist in Drummond’s magic act, and, ultimately, shoot this Luminato performer in the face.

Aside from the show-stopping finale – the bullet catch – the highlight of this show is the levitation trick that Drummond performs onstage. Not only is it a great stunt, but he also gives the audience the option of finding out how he did it even though that knowledge will destroy the enjoyment of the trick for those who witnessed it. Will the audience vote to peek behind the curtain, so to speak, or will they allow themselves to revel in the magical mystery?

Bullet Catch is a very funny, creative, and entertaining show and, barring any issues with the performer’s mouth reflexes, I hope Drummond proves a fixture at Luminato for years to come.