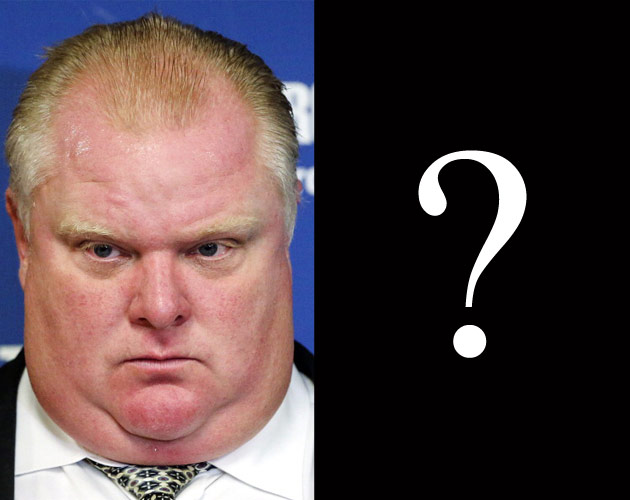 We don’t want to say we told you so, but…An idea on EverythingZoomer.com months ago, now a Rob Ford musical is actually coming to Toronto

The curtain rises and Toronto Mayor Rob Ford makes his entrance, dancing across the stage to a medley of show tunes that includes, “All That Crack,” “Don’t Cry for Me Etobicoke,” and “Memories – I Have None, I was in a Drunken Stupor.”

Inspired by My Fair Lady, EverythingZoomer.com’s Ford musical, called My Fair Ford, revolves around a bet made by former Toronto mayors David Miller and John Sewell, who believe they can turn Rob Ford “from a public relations disaster into a respectable mayor in ample time to kick off his reelection campaign.”

Our Ford musical was conceived as an online prank, so this weekend’s news of a real upcoming Ford musical made our ears perk up. And though our plotlines may differ, we’re happy to lend a hand however we can. I mean, “I’m Gonna Wash that Crack Right Outta of My Pipe” – now that’s a show-stopping number!

Learn all about My Fair Ford here.

And the follow-up – more names announced for My Fair Ford.