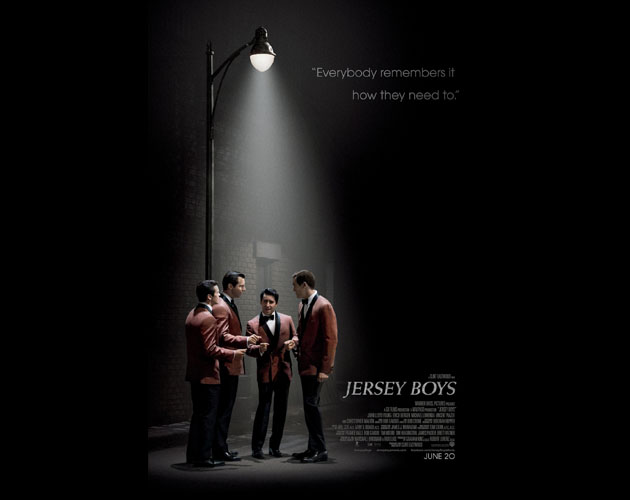 Frankie Valli: “I’m going to be as big as Sinatra.”

The Hype: The film adaptation of the Tony-winning musical of the same name based on the formation, successes and struggles of Frankie Valli and the Four Seasons.

The Reality: I have a friend who may just be the biggest Jersey Boys fan I’ve ever met. He’s seen the play at least seven times, so naturally I asked him to accompany me to the advance screening of Clint Eastwood’s film adaptation. By the end of the film my friend and I both agreed: Dirty Harry did good.

At times funny, heartbreaking, and always toe-tapping, the film adaptation plays it very faithful to the stage show, following Valli and friends for 40 years, beginning with the crew as teenagers running afoul of the law in 1950s New Jersey.

From there Valli’s unique singing voice takes centre stage, launching the boys toward the formation of the Four Seasons, down the rocky road of success, and concluding with the band’s induction into the Rock and Roll Hall of Fame in 1990.

It’s no surprise that the film feels so authentic to the play: three of the Four Seasons actors – Young (Valli), Bergen (Bob Gaudio), and Lomenda (Nick Massi) – played the roles on stage, with Young even winning a Tony for his Broadway efforts.

Add Piazza as the tough-talking wise guy singer Tommy DeVito (perhaps his role as Lucky Luciano on Boardwalk Empire served as some inspiration), and Christopher Walken as New York mobster Gyp DeCarlo and you’ve got a solid core cast.

Assuming you’re a fan of the Four Seasons’ music (and really, if you’re watching this film, you probably are) these boys belt it out beautifully. The film, meanwhile, offers only a few variations from the stage version.

Some may question the choice of Eastwood as director, but the Tinseltown tough guy does a fine job here, allowing elements of the show’s theatrical roots to shine through on the screen – especially so during the show-stopping finale.

The Verdict: A musical hit that will have you humming “Sherry” and “Walk Like a Man” for days afterward.

Can the grandkids watch?: There’s some foul language but it’s fine for teens.