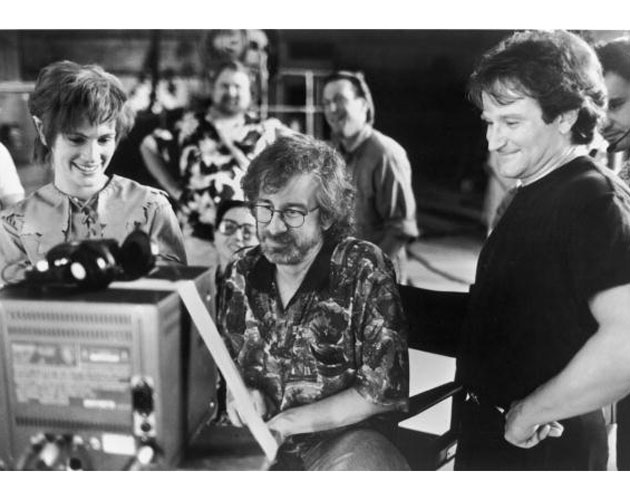 Interviewing movie stars was part of my job once, and it was the interview with Robin Williams almost 25 years ago that worried me most.

How would I capture that quicksilver, madcap eccentricity?

I knew in advance that interviewing Williams wouldn’t be the usual conversation, asking questions and getting answers. And it wasn’t. It was like attending a performance – by an entire cast of characters.

The movie Williams was promoting at the time was Steven Spielberg’s Hook. He played a sad, paunchy middle-aged man who, with the help of Julia Roberts’ Tinkerbell and the Lost Boys, discovers the inner Peter Pan he’d left behind in the process of growing up..

Tragically, it seems the man who publicly seemed never to behave like a grown-up had in private lost his inner Peter Pan.

Was it all a schtick? A clown laughing and making others laugh just to cover up his inconsolable melancholy? Was it growing older, beyond recapturing the inner Peter Pan that affected Williams so deeply and made life unbearable?

I remember struggling with that article I was writing for a tight deadline. There was no way, of course, to approach an interview with Williams without a tape recorder.

“He’s as hard to pin down in an interview as Peter Pan himself,” I finally admitted in print. “Almost any question from the reporters serves as an escape into some Never Never Land of characters, voices and conversations with himself. The tape of the session is even more staggering on the replay.”

I did my best to replicate what it was like to be talking to Robin Williams – not talking, really; just listening.

“He does Peter Pan as Mick Jagger, as David Bowie, as Marlon Brando. He does John Sununu. He does rap. “Yo yo, yo yo.” He does the stunt man who stood in for him when Peter Pan was shot from a slingshot and sent flying 100 feet into an airbag. ‘Take care,’ he says to him.

“The hardest part of the movie for Williams wasn’t wearing a harness and getting rigged for flying, painful as that was when he was cinched and hauled aloft.

The hardest part was playing the grownup Peter Banning, the Type A, bottom-line lawyer who has forgotten he was once Peter Pan.

‘That character is the antithesis of who Robin is,’ says director Spielberg. ‘It was a real challenge for him.’

” ‘Yeah, because normally I want to be as inventive as possible, to try everything under the sun,’ says Williams, ‘and this is not about that.’

Williams explained in the interview that he identified with his character in Hook, Peter Banning, and said even then that he’d been experiencing emotional and psychological challenges.

“‘Peter Banning was fading from his children,’ says Williams, who is the father of two boys and a girl. ‘I went through that in my own life, with my son. I had a therapist say, ‘Basically the only therapy I can offer you right now is to play with your child’ because I had been using work as a buffer.’

“Williams says that, like Peter Banning, he did some ‘emotional repair’ and that the Hook script appealed to him for that reason.

“He says he’s more relaxed now, less driven to hyperactive performance both on camera and in real life.

“‘It’s like a country that spends its money on defence,’ he explains with unexpected candor. ‘If you spend all your energy on trying to find a funny line, your character tends to be sacrificed.’

“But then he’s off again: ‘I’ve been to the shtick wing of the Betty Ford Center.’ ”

Julia Roberts, Williams’ costar in Hook, was asked about working with Robin Williams,

“‘You just know when he’s there,’ she said. ‘There just seems to be more oxygen in the room.’”