The Day Robin Williams Came to My Neighbourhood 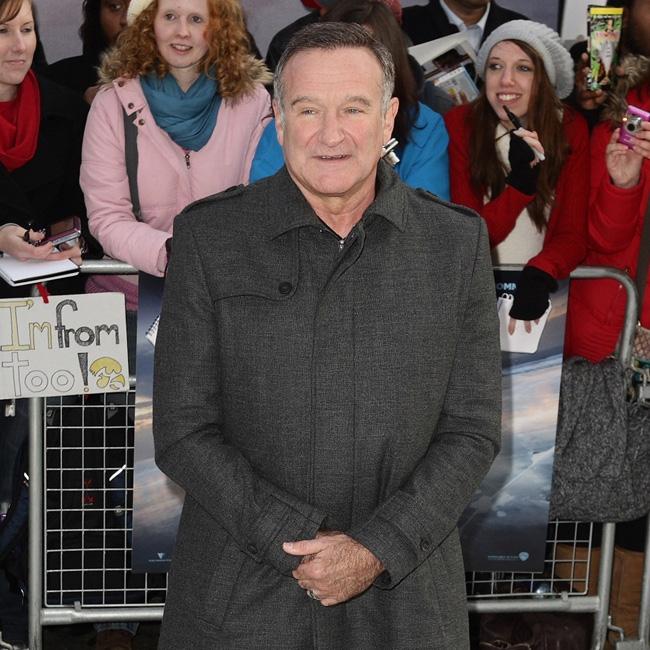 I yelled at Robin Williams. In person. On a street in my east Toronto neighbourhood. It was rude, I admit, but at 16, as an aspiring improv and theatre performer, I felt like a little leaguer crossing paths with Babe Ruth.

We crossed paths in autumn of 1996. Fresh from improv practice, my theatre buddies and I sat on our friend’s front porch downing pizza and Coke while plotting the premise of Hollywood’s next big comedy hit. This was back when delusions of Tinseltown danced in our heads – a la-la land where we held court and cracked the best jokes.

As we compared notes a woman in full sprint blew past the house, running so fast her feet barely touched the sidewalk. Strange. A few seconds later, a boy followed. Then another person. And another.

We hopped down to the sidewalk to stop one of the runners in what had become a steady stream – the girl must have been 10 or 11 – and asked where she was heading. Barely pausing for us, she ripped off a few pieces of paper from a pad she carried and tossed them in our direction.

“Robin Williams is here!” she yelled as she dashed around the corner.

We each looked at each other, scraps of paper in our hands and pizza sauce on our mouths. Then we bolted after her.

We hurried around the corner and saw a movie trailer tucked behind one of the local pubs. A woman wearing a headset paced the sidewalk. The street, lined with orange cones and thick black cables, got more crowded by the minute. Then, standing near the movie trailer, we spotted an unmistakable figure with a thick brown beard.

It was really him. Robin Williams. The funniest man in the world. Mork. John Keating. Genie. Mrs. Doubtfire. The man whose work defined our belief in the fundamental balance between comedic delivery and genuine human insight that lingers long after the joke is over. Like us, he’d found his way out of his shell in high school drama class. And, somehow, by some crazy cosmic twist of fate, he was standing in an alley in our neighbourhood.

He walked toward the crowd, coffee in hand – though it was early evening, he’d clearly just woken up – greeting fans jostling for a spot at the front. Pushed up against an old Cadillac parked on the street I began to panic, wondering how long we’ll be allowed to fill the street before they order it cleared out for their shoot. Meanwhile, Robin wrapped his arm around a mother and her daughter as someone else took a photo.

My anxiety grew with every click of a camera shutter and wave of a hand until, finally, I broke.

“Robin!” I bellowed, not meaning to be rude but inevitably proving so. “Can we get an autograph over here?”

He could have ignored me. He could have scoffed at my teenage ignorance, choosing to teach me a lesson in manners. Instead, he turned to us – pizza-stained lips, scraps of paper in hand – walked over, smiled and extended his hand. One by one, we offered our scraps. One by one, he took them, leaned on the old Cadillac and signed his name in blue ink. We stumbled and stammered over one another in those few seconds we had together, telling Robin how much we admired him and asking him how he liked Toronto. He thanked us for our support and moved on.

I ran home – literally ran – to tell my mother the news. She started calling neighbours as I slipped the autograph into a protective plastic sleeve meant for trading cards. You know, like a Babe Ruth baseball card.

A few months later the film Robin had been shooting – Good Will Hunting – hit theatres. My friends and I instantly recognized the interior of our neighbourhood pub. At improv practice our confidence shot up, as if shaking Robin’s hand infused us with even the slightest trace of comedic aptitude. We’d met Robin Williams and we carried that like a badge. He was kind and understanding and took time for us. No PR people. No TV cameras. It was genuine and it meant something.

Growing up, Robin Williams was a hero of both family movie nights and evenings spent with friends studying his comic technique. I’m as stunned to hear of his death in 2014 as I was to hear that he was standing at the corner of Danforth and Caithness Avenues in 1996.

One can only hope that, in passing, he’s found the peace and happiness that, in life, he worked so tirelessly to bring the rest of us.