Five Things We Learned at the 2014 Emmy Awards 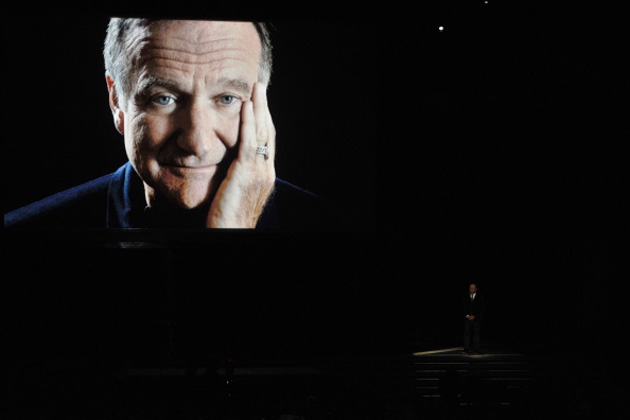 The 2014 Primetime Emmy Awards are in the books, and by most accounts it was a mixed bag of laughs, tears, and some snooze-worthy segments. Still, it had it’s teachable moments – and we’ve compiled five of our favourites:

The flames of love can never be extinguished

It’s been 17 years since Breaking Bad’s Bryan Cranston appeared on another legendary television show – Seinfeld – as dentist Tim Whatley. But even though nearly two decades have passed since Whatley dated Julia Louis-Dreyfus’ character Elaine on the classic comedy, Cranston wasted no time jumping in front of his former co-star, who’d just won the Emmy for actress in a comedy series (for Veep), and planting a passionate kiss on her lips. Louis-Dreyfus embraced Cranston, and, yadda yadda yadda, they obviously both have very understanding spouses.

Billy Crystal should eulogize everyone

It’s still very strange for me, as for others, to use the past tense when referring to Robin Williams. He was a great comedian. He was a brilliant actor.

So imagine you’re one of his best friends, stepping into the spotlight on a nationally-televised award show, tasked with paying tribute to your buddy in front of millions of viewers. If there was anyone who could do it, it was Billy Crystal. And he didn’t disappoint.

Crystal, no doubt an emotional wreck on the inside, remained composed, delivering a tribute that blended humorous stories with touching reminiscences of a man he called “the greatest friend you could ever imagine – supportive, protective, loving. It’s very hard to talk about him in the past because he was so present in all of our lives.”

The legendary comedian hit it out of the park – to use a term the baseball-loving Crystal would appreciate – summing up Williams’ impact on both the entertainment world, and his fans and loved ones, with a beautiful cosmic metaphor.

“For almost 40 years, he was the brightest star in the comedy galaxy. But while some of the brightest of our celestial bodies actually are extinct now, their energy long since cooled, but miraculously because they float in the heavens so far away from us now, their beautiful light will continue to shine on us forever and the glow will be so bright it’ll warm your heart, make your eyes glisten and you’ll think to yourselves: Robin Williams, what a concept.”

Award shows can learn from past mistakes

The show still went three hours. And it dragged at points. And not all the jokes landed. One bright point however, and a massive improvement over last year, was that the In Memorium segment took place all at one time.

If you remember last year’s Emmy Awards, the tributes to stars and industry figures who’d passed “all hit the wrong note, coming unannounced after an award or goofy sketch with no build up. All of a sudden, in the middle of the ‘fun’ – and I use that term loosely – it was time to be sad again because we had to remember someone else who died.”

This year’s In Memorium happened at one time, with the Robin Williams tribute following a montage of those we’ve lost in the past year. Sure, you’re still being reminded of a group of people who died just before bed, but until award shows figure out a better way to eulogize those who’ve passed (may I suggest more of a celebration of their work than a mourning of their passing?) this was pretty good. And lets not forget Sara Bareilles, who illuminted the segment with a beautiful performance of “Smile.”

Thanks to Breaking Bad, True Detective, Veep, The Colbert Report, and other hits, cable cleaned up during the Primetime Emmy broadcast, HBO and AMC.

Still, as Variety points out, when you look at the overall (televised and non-televised portions of the award ceremony), HBO still leads the TV world with wins (19) but the next four top winners were all networks (CBS, PBS, NBC, ABC).

Netflix, meanwhile, took home seven overall awards, tied with FOX. However, with Breaking Bad out of the mix next year, there’s going to be a lot of dramatic awards suddenly up for grabs.

The one thing you should never ask of George R.R. Martin

No, it’s not “Why do you have two middle initials?” Or, “Why aren’t you at home writing?”

The thing fans should avoid asking the Game of Thrones scribe is…to pose for a selfie.

“[Fans] mostly they want selfies. I hate the selfies because they’re endless,” Martin told USA Today at the Emmys. “It used to be people wanted to meet you and talk to you. Now they want a selfie and suddenly you’re on Facebook.”