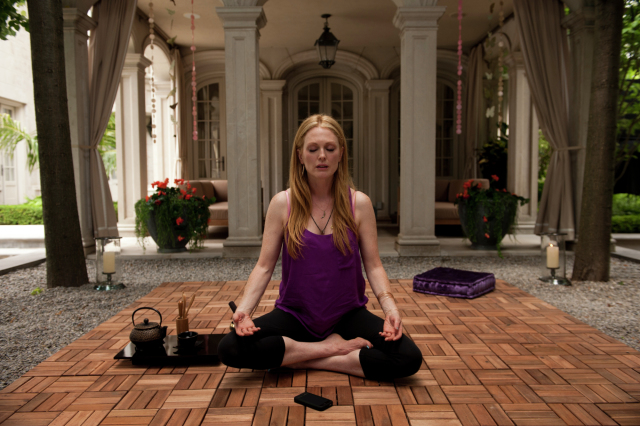 Agatha (Wasikowska): “Can we get one of those star maps?”

Jerome (Pattinson): “Kind of a waste. Unless you want to see where Ryan Seacrest used to live.”

The Hype: Canuck director David Cronenberg assembles an all-star cast to tackle the seedy side of celebrity and its disconnect with the real world. Agatha (Wasikowska) comes to Hollywood from Florida, and begins working as an assistant for former child star Havana Segrand (Moore), who’s desperate to get her career back on track. Meanwhile, celeb psychology guru Dr. Stafford Weiss (Cusack) and his wife (Williams) have their own reasons for dreading Agatha’s Hollywood sojourn, while at the same time trying to help sort out their troubled child-star son Benji’s (Bird) career.

Personally, I had high hopes for this film, though left feeling unfulfilled. Sure there are some clever moments – seeing Havana’s 2002 Genie Award figure prominently into to the film was funny – but overall it’s a smorgasbord of ghostly visions, sex, and insanity. For all its twists and turns, I found myself not caring very much for the characters – all of whom are unlikeable to varying degrees. The backstory, meanwhile, is a little convoluted and, while the acting is fine, you may wind up like me, asking, “What was the point?”

The Genie gag was good. And it had its moments. But Maps to the Stars ultimately leads nowhere.

The Verdict: Make sure you get to see all the other TIFF films you’re looking forward to. Then, if you have time, check this one out.