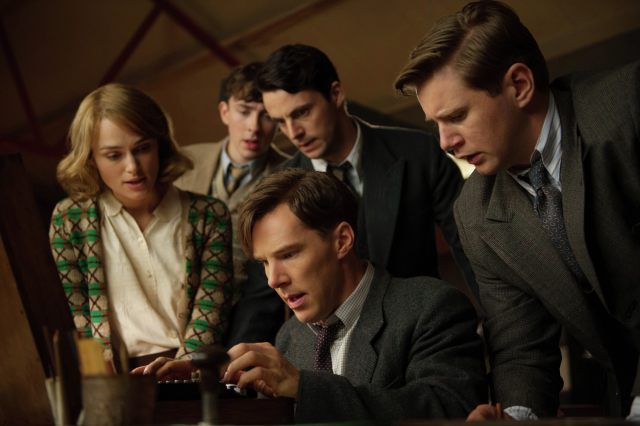 Alan Turing did many great things. Most recently, he’s laid the foundation for a Benedict Cumberbatch Oscar nod.

Choice Quote: “Sometimes it’s the people no one imagines anything of that do the things no one can imagine.”

See It At TIFF?: If you aren’t already a member of the Cumber-Patch – the legion of Cumberbatch fans who swoon over his acting work, red carpet candor, and British charm – this film will convert you.

The Imitation Game sets the stage for Cumberbatch to embody Turing in all of his painful, brilliant, and socially confused glory. From the stress of decoding Nazi messages to the awkwardly-rushed telling of a joke to the indignity of his final years, Cumberbatch hits every note with the sincerity and subtlety of a performance that, in ensuing years, will be looked back on as cementing his place among Tinseltown’s top tier.

The film itself jumps from the Second World War narrative to Turing’s early school days and the bullying he endured, which ultimately helped shape his socially stunted personality, and then forward to the final year of his life. It also offers insight into his earliest homosexual feelings toward a childhood friend and, later in life, the humiliation he suffered for his sexual persuasion both publicly and privately.

The war story, however, serves as the crux, demonstrating both Turing’s genius as well as his personal growth, aided by friend and temporary fiancé Joan Clarke – portrayed wonderfully by Knightley. Turing must learn to play well with others, so to speak, earning the respect and camaraderie of his code-breaking team in an effort to get his computer, “Christopher,” built and the Nazi codes cracked. That, evidently, proves the “easy” part. Next, the team must use the information sparingly so the Nazis don’t realize their code has been broken, which means deciding which deadly attacks against the Allies they prevent, and which they silently allow to take place.

Though he boasted a genius-level IQ that allowed him to alter the course of humanity, Turing swam against the tide most of his life, pushing back against every odd, both societal and historical, stacked against him. Despite his heroics, it’s the very world he preserved that ultimately ended up failing him.

The Verdict: Alan Turing did many great things. His latest achievement is laying the foundation for a Benedict Cumberbatch Oscar nod.