Joni Mitchell is An Open Book for Journalist Malka Marom 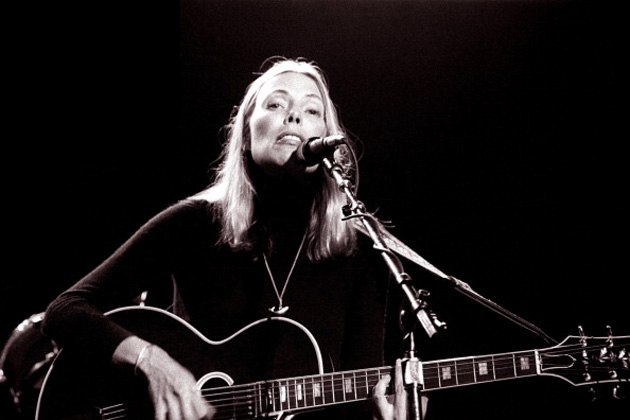 It’s one of Marom’s favorite quotes from Joni Mitchell: In Her Own Words (ECW Press), the collection of interviews she’s turned into a book that launches this week.

The in-depth interviews, from 1973, 1979 and 2012, not only chronicle the life of the artist but reveal her inner life as well. The conversations were originally recorded for CBC.

Two years ago, says Marom, “I went to interview her again so we could have a look back at her life with this new wisdom that comes with age.”

Mitchell, 70 and Marom, 72, bonded way back when both were young singers carving out careers in the dives and clubs of Toronto.

Marom was probably best known for being half of the ‘60s folk-singing duo, Malka and Joso.

The idea of turning the interviews into a book only occurred to her after her son had the interviews transcribed and gave them to her as a birthday present a couple of years ago.

Until she read them, she wasn’t sure they’d be as good as she remembered.

It turned out, she says, that they were even better.

“Joni is so profound,” she says.

“They’ve withstood the test of time so beautifully,” she says, about the conversations. “There’s so much that’s timeless about most of it.”

Does she think she and Mitchell changed much during the 33 years between the first and last conversation?

“Strangely enough,” she replies, “I find as we age the core of who we were or are has remained the same, only more exaggerated — the bad traits are worse, the good ones are better.”

Marom’s book succeeds not only in making you feel that you’re meeting Mitchell and hearing first-hand about her life and her take on it, it also transports the reader to an era when Mitchell and Marom were young and so was the world for us.