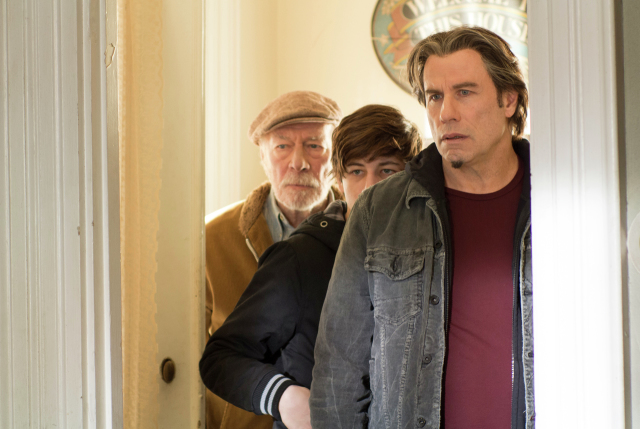 Choice Quote: “You don’t fake this. You can’t copy it. You’ve got to get inside it. But if I could feel what (Monet) was feeling, maybe I could do it.” – Ray Cutter (Travolta)

The Hype: Convicted art forger Ray Cutter (Travolta) bribes his way out of jail and moves in with his father (Plummer) and teenage son William (Sheridan), who is battling cancer. However, the underworld acquaintance who bankrolled his release wants a favour in return, which involves a high-stakes Monet heist.

The Reality: It could have devolved into a formulaic Hollywood action flick, but The Forger actually surprised with a few twists and in upping the ante with William’s cancer. Sure, you’ve still got to suspend your disbelief to accept that Travolta is a Boston tough guy, or to accept his Boston accent, but it’s a small sacrifice for a fun hour and a half.

Plummer, meanwhile, is completely believable as Travolta’s tough-as-nails dad who’s been on the wrong side of the law himself a few times. His performance is reminiscent of Sean Connery’s Jim Malone in The Untouchables – full of energy, grit and guts that defy age. Of course, being Plummer, he’s also able to turn the performance around when needed, inspiring emotion instead of fear when standing at his wife’s grave, telling her that she’ll be meeting her grandson soon.

Speaking of her grandson, the 17-year-old Sheridan shines as Travolta’s ailing son who helps his dad with a Monet art heist while at the same time attempting to fulfill his own final wishes, including meeting his birth mom and having sex.

It’s this added element of the illness that helps set the film apart. Surprisingly, it doesn’t go the clichéd Hollywood route I expected it to veer down toward the end, and if anything the final scene is the most true to life scene in the film. That’s not a knock on the movie. In fact, it’s the icing on a surprisingly enjoyable cake.

The Verdict: A fun, touching, and clever film. An hour and a half well spent.