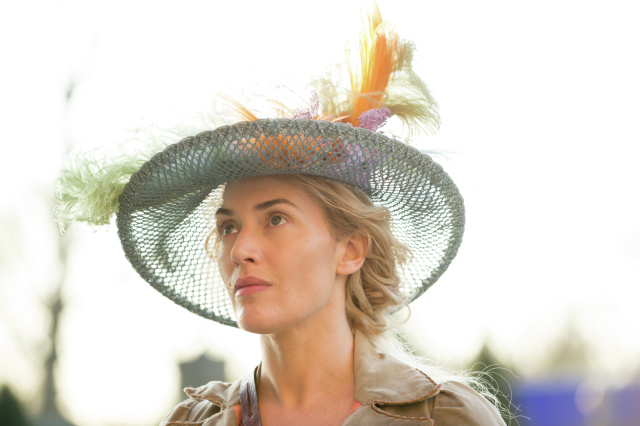 I wanted to enjoy this film. After all, it features, and is directed by, Alan Rickman. And stars Kate Winslet. And the great Stanley Tucci’s in it.

The Hype: France’s King Louis XIV (Rickman) is building a majestic garden at Versailles, and his landscape architect André Le Nôtre (Schoenaerts) hires a relatively unknown contemporary Sabine De Barra (Winslet) to design the garden’s grand fountain. Of course, the hiring is not without controversy, not the least of which is felt by Le Nôtre’s jealous wife, Madame Françoise Le Nôtre (McCrory).

See It At TIFF?: This film is making its world premiere at TIFF, which explains the standing room only press screening. However, seeing the film explained why there was, indeed, only one open press screening.

I wanted to enjoy this film. After all, it features, and is directed by, Alan Rickman. And stars Kate Winslet. And the great Stanley Tucci’s in it. Alas, aside from the beautiful scenery and a few fun scenes, the film overall proved a bit of a bore.

That’s not to say that the performances were bad (they weren’t) or the story wasn’t intriguing (it was). For some reason, though, it just doesn’t click, and it makes a two-hour film feel much longer. Throw in the obligatory love story (I mean, it just has to have a love story in there, right?) and the clichéd jilted lover storyline, and this film about building a grand garden simply fails to bloom.

The Verdict: With TIFF scheduling so tight, this may prove one to rent when it hits Netflix.