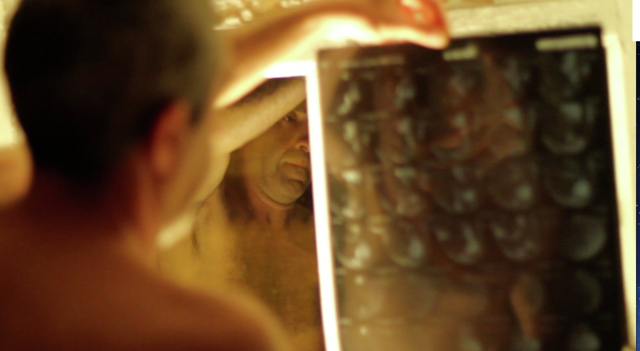 Documentary or fiction? The line is blurred in this brilliant French film.

Choice Quote: “You’re happy now, but that can all turn to tears.”

The Hype: A real-life couple in their mid-40s living in Tbilisi, Georgia, Levan and Irma begin to worry when a cyst is found in the former’s shoulder. Unable to get a straight answer about the severity of the diagnosis – can it be cured by physiotherapy, or is it cancerous? – the couple struggles to keep their wits, and their marriage intact.

See It At TIFF?: Yes, even if it’s simply to witness the filmmaking technique. The ability of Kirtadzé, a documentarian, to stage and film a real couple so artfully and intimately as they navigate this stressful time in their lives is an achievement in itself. If not for the positioning of the camera at times you’d be likely to forget that a real drama is unfolding before you. Sure, as TIFF points out, some of the scenes are re-enacted or set up, but the emotion is authentic and it comes through.

And major kudos have to be given to Levan and Irma for opening themselves, and their lives, up to such intricate examination, which results not only in a portrait of their own relationship, but one of a country with its own ailments in need of fixing.

The Verdict: Art imitates life, or vice versa. Either way, this film is an achievement in breaking what you may call the “fifth wall” – that which stands between fact and fiction, straddling the murky undergrowth in between.