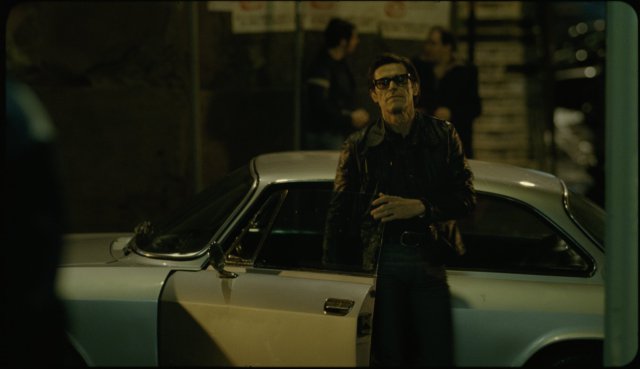 The final day of controversial Italian writer and filmmaker’s Pier Paolo Pasolini’s life, as portrayed by one of cinema’s most provocative modern directors.

The Hype: The final day of controversial Italian writer and filmmaker’s Pier Paolo Pasolini’s life, before his murder on November 2, 1975 at age 53, as portrayed by one of cinema’s most provocative modern directors.

See It or Skip It?: It’s a pretty vague, at times mundane, film. Casting Dafoe as the title character makes sense physically – they look remarkably similar – but the language barrier is a major hindrance. Going into the film I assumed Dafoe knew/learned Italian. Alas, he doesn’t/didn’t, so while he throws out a few lines in the mother tongue he speaks mostly in English to a cast made up virtually entirely of Italian performers. He’s a great actor, and does a fine job here, but the English/Italian issue can become distracting.

As for the film itself, a lot of it is watching Pasolini write, or grant interviews, or talk with colleagues about business meetings and his next film. Not exacly thrilling stuff.

Actually, the scenes, shot by director Ferrara, from the film that Pasolini was working on when he was murdered, are possibly the most intriguing part of this TIFF offering.

Of course, Pasolini’s life ends tragically, and so the build-up to that moment (the events of which, to this day, remain in question) offers some suspense. Still, overall it’s a disappointingly dull film about a man whose work, whether you approved of it or not, was anything but.

The Verdict: If you’re a hardcore Pasolini fan, check it out. Otherwise, I’d see something else.