Philippa Gregory Brings Tudors To Life and Readers to Tears 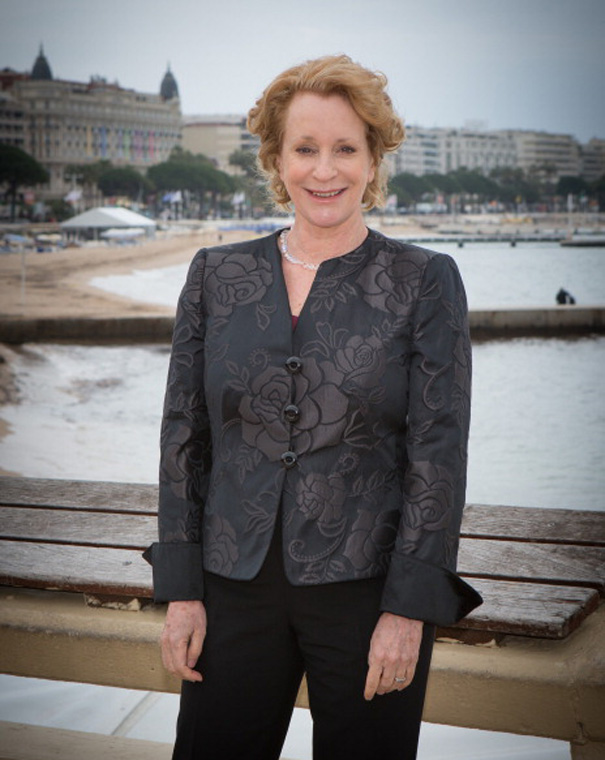 Philippa Gregory, best-selling author of historical novels, including The Other Boleyn and The White Princess, was in Toronto this week promoting her new book in “The Cousins” series about the Tudors, The King’s Curse. Here’s what she told Zoomer.

I’ve never written about somebody very evil, except Henry VIII. I believe that he was paranoid and a serial murderer. That’s a dark place to go for me. Over 16 years (of writing about him), it became darker and darker as the stories went on towards the end of his life.

He was completely adorable as a little boy, as all little boys are. He was a little golden bright treasure, adored and spoiled — and a very promising young man.

But he was dealt a bad set of cards. Physically, he likely had a very rare blood disorder that caused miscarriages in his wives. The women he’d married for love were forbidden to him. He felt that God had cursed his marriages. Then he falls in love with Ann Boleyn and she encourages his cruel tendencies. He starts unraveling and ends as a monster. History regards him rather admiringly — he unified the nation, started the empire and the navy — and regards the women’s fate as what bad women have coming to them.

But he’s not this rather jolly cartoon figure. He was a terrible tyrant, mounting terrible attacks on people who couldn’t defend themselves, a really, really terrible character. It’s taken a long time to get to the stage of his life where I feel that, as a historian, I have to start putting that judgment on the record now.

The Tudor propaganda machine was terribly efficient. There’s a whole wealth of work they put in to make the Tudors look like legitimate kings — the equivalent of press releases. And they had Shakespeare — his history plays made Richard a monster and glamorized the early Plantagenets and led to theTudors seeming right to have the throne.

There was a powerful early rewriting of history that was taken on by later historians.

Why Her Topic Is Tudor Women
The first real life woman I wrote about was the sister of Anne Boleyn and her story had not been told. Only very rare women’s lives were thoroughly researched and discussed. Mary Boleyn didn’t even exist in history books. I had to find her through her name being on a warship that Henry had given her to launch. But she had an extraordinary life. That put me on the unknown women trail. Catherine of Aragon was well-known as the victim of Henry but she was unknown when not a victim and as a young lady. One woman led me to another.

My next novel is on Catherine Parr, Henry’s last wife. It won’t come out until next year.

Faintly, through months of reading, I get her. I understand where this woman is. I even know the name of her Spaniel.
I may look at other periods but I will remain writing about women. I can’t see me changing from this task I’ve undertaken.I’m a feminist. I believe in women’s history. They are our heroes and I believe if we restore them we will know a bit more about ourselves and our past. We can learn a lot from these beautifully courageous women.

Our Fascination with Royalty
We live in culture which longs for celebrity as a means of identifying ourselves. When I look out the window of my hotel (Trump Tower in Toronto) I see millions and millions of other windows.

A woman living 400 years ago would see trees, maybe another hovel. Now the conscious world is full of so many people, who you are, your identity, is something you have to forge yourself and maintain. You can potentially see millions of people on social media. As human beings, we struggle with “How little I am, like a little ant.” So we want to connect with something that’s beautiful, that’s powerful. Celebrity matters even more than ever to us. Royals are celebrities and they know it and play their part. They’re no longer important in the sense of deciding things that change fate. But there’s this hunger for people who can reflect something back to us. It’s why Kate (Duchess of Cambridge) is adored by so many women: she was a commoner and now she’s royal so maybe there’s hope for me.

How A Story About a 16th Century Woman Can Evoke Tears Today
It’s part of telling a story people can understand readily. With a story of human courage in the face of danger, it doesn’t matter who it’s about or when it happened — it’s automatically moving. A lot of people do identify with some of these women. For example, the difficulty Margaret Pole has in keeping her family safe. A lot of women know what it is to tread carefully and think fearfully about their lives.

There are a surprising number of people to whom my books have meant something powerful and personal: women who are ill, or going through emotional and very troublesome times.

Her Research and Writing
There are three stages to my research.The first stage is a quick look at everything available to read and study about my subject, places to visit, the kind of issues of their lives. So I go along cheerfully, get a general view of her that won’t take too long to complete.

Then I start reading and enter a dark stage: “I’m never going to understand the issues in women’s life; I’m never going to remember all the events in her life.” Some of these women have hundreds of kin and cousins and I have to know who they are. Sometimes they’re mentioned by different names: surname, title, first name. And all the Dukes of Norfolk are called Thomas Howard! At this stage, I feel I’m just drowning in material.

Finally, faintly, through months of reading, I get her, I hear a voice, I understand who and where this women is.