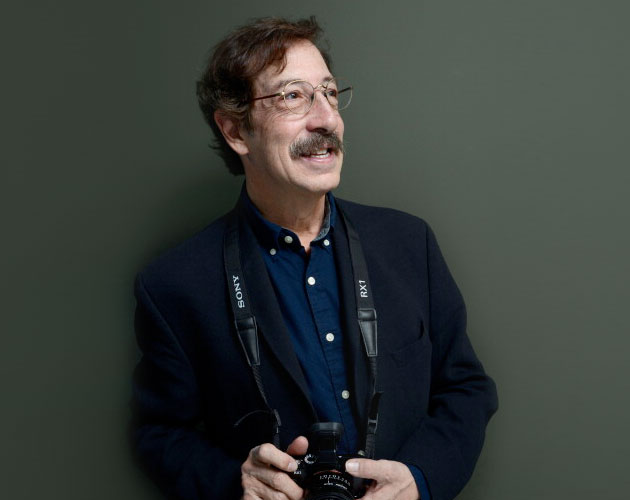 If there’s an unexplored frontier in the storytelling/digital publishing landscape, chances are Rick Smolan has been there, planted his flag, and even took a few pictures to remember it by. After all, the 64-year-old photographer/author has made a career of telling the stories of regular folks via irregular mediums.

In the 1980s, Smolan’s Day in the Life photo book series chronicled the ordinary lives and daily routines of people in countries around the world – a paper-and-ink precursor to Twitter that also helped launch the popularity of coffee-table books.

In the mid-1990s he chronicled this new fad called “the Internet” via the website 24 Hours in Cyberspace, while also pioneering the interactive CD-ROM as a narrative medium.

And in 2012, his book The Human Face of Big Data introduced a largely naïve public to the ins and outs of digital data collection…a year before Edward Snowden made “big data” a household term with his NSA spying revelations.

And now, with his latest photo book, Inside Tracks, Smolan is taking the concept of turning a book into a movie to a whole new level.

The 2014 film, Tracks, recounts the real-life journey of Robyn Davidson who, at 27, crossed the Australian desert on foot in 1977. Smolan photographed the journey for National Geographic, and Inside Tracks contains both Smolan’s original images and shots from the movie. What makes the book cutting edge is the smartphone technology it employs: when a reader swipes their phone over a page with an image from the film, the same scene from the film automatically begins playing on their phone.

The story of Davidson and Smolan’s outback adventure may also be the first tale to go from being a book (Tracks, Davidson’s original account of the journey) to a film (this year’s Tracks) to a book (Inside Tracks) and back to film again (the scenes playing on your smartphone).

For an exclusive demonstration of the Inside Tracks smartphone technology from Rick Smolan himself, see the video above.

Inside Tracks is available in stores and online on October 21.