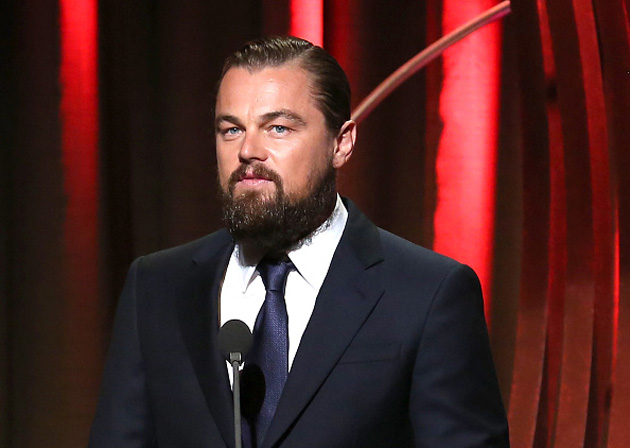 The awkward teen nominated for an Oscar for Best Supporting Actor has defied the odds to become a man of substance, a muse to director Martin Scorsese and a star who blazes ever brighter

The awkward teen nominated for an Oscar for Best Supporting Actor has defied the odds to become a man of substance, a muse to director Martin Scorsese and a star who blazes ever brighter.

Not me, that’s for sure.

In the spring of 1994, I went to LA on the junket for What’s Eating Gilbert Grape?

I sat in on the group interviews but requested a one-on-one with the film’s star, Johnny Depp.

It was not to be. As consolation, I was offered a half-hour alone with the kid, Leo.

Even though I was blown away by his performance as a mentally challenged adolescent, I figured he wasn’t exactly reader bait.

Who even knew who he was?

We met, just the two of us alone in a big room above the studio where the premiere party was happening.

“DiCaprio,” I reported, is “restless and fidgety. His eyes roam, his fingers pester his face, his arms and upper body go all gangly. He seems to be somewhere else. Or to want to be.

“But on this evening several weeks before the Oscar nominations, he is trapped in an office on the Paramount lot being interviewed.

“How hard was it to learn to play a mentally challenged person? How would he feel about an Oscar nomination? And just who the heck is he, anyhow?”

No, I didn’t actually ask him that last question. But I thought I’d better answer it for readers.

“At 14, he starred in an educational film, How to Deal With a Parent Who Takes Drugs.

He was in episodes of Santa Barbara and Roseanne. At 15, he was Gary in the TV show Parenthood, and he played Luke, the homeless kid, in Growing Pains.

“That made him a magnet for teenage girls. It got him into teen magazines. DiCaprio was not pleased.”

He told me, “They bring kids in and portray ’em as the next cute guy. But then what happens to that guy when the next face comes in? What happens to his career? It’s more important to be a long-lasting actor than any kind of idol, I think.”

Here’s what I thought at the time: (a) this guy is not really all that cute and (b) he may be talented but the hurdles to transitioning from teen TV actor to enduring A-list Hollywood star are practically insurmountable.

Granted, DiCaprio did beat out hundreds of other boys for the lead in This Boy’s Life, his first big movie.

“They were looking for a kid that was not only vulnerable but confident, you know? I just tried to be myself, ’cause that’s what I am –vulnerable, confident.”

DiCaprio said Boy’s Life swept him away from “that whole series thing. It was like, ‘Here’s a ticket to a new world, know what I mean?'”

Gilbert Grape director Lasse Hallstrom recalled DiCaprio’s audition: “I noticed that his gaze became different when he did the reading and was amazed that he seemed to be able to enter the mind of the mentally challenged kid intuitively. Leonardo himself had gone somewhere else.”

Earlier, a TV interviewer had asked DiCaprio whether playing Arnie was painful. His answer: “It was great fun!”

Does that mean his performance was overrated? That maybe it’s not as hard as it looks?

His peers in Hollywood obviously recognized that when they nominated the little known kid for an Oscar.

He was a frontrunner even before the nominations were announced.

His reaction? “It doesn’t really enter my brain as being actual reality. It’s like,`What? Leo? The kid who goofs off with his friend? Oscar? What?’ ”

Not any more, Leo.

You’re the “long-lasting actor” you wanted to be 20 years ago.