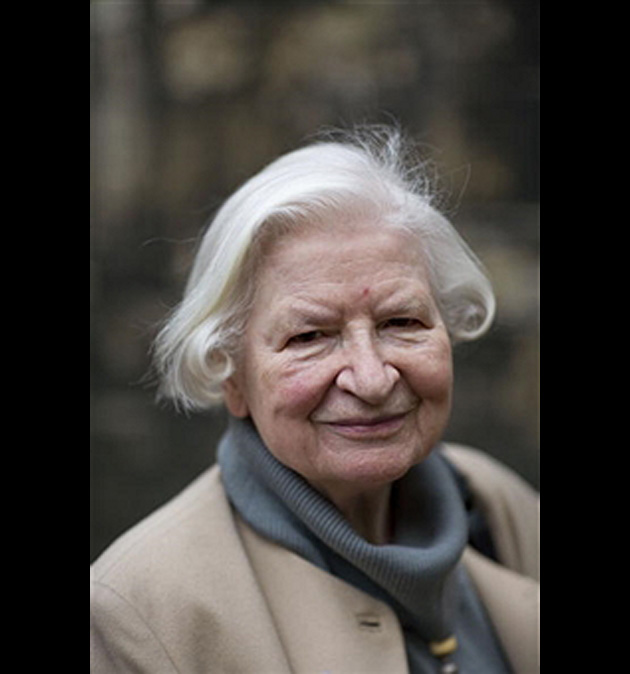 “When I heard, Humpty Dumpty sat on a wall, I thought, ‘Did he fall or was he pushed?'”

One of the world’s most celebrated mystery writers has died. P.D. James, the scribe who penned such works as Death Comes to Pemberley, Innocent Blood, The Murder Room and Children of Men, passed away peacefully at her Oxford home this morning. She was 94.

The news came courtesy of her longtime publisher, Faber and Faber, which said James was “so very remarkable in every aspect of her life, an inspiration and great friend to us all.”

“I had an interest in death from an early age,” she told the Paris Review. “It fascinated me. When I heard, Humpty Dumpty sat on a wall, I thought, ‘Did he fall or was he pushed?’”

Still, James’ path to fame proved a long and bumpy one. Forced out of school at age 16 due to financial and familial difficulties, James published her first mystery novel, 1962’s Cover Her Face (the debut of her famed detective Adam Dalgliesh) at age 42. The book was the result of years of early morning writing before working at a regular job to support her family and a husband who returned from the Second World War with severe mental difficulties.

In 1980, Innocent Blood, James’ eighth novel, marked her mainstream breakthrough. “Monday, I was ticking along as usual,” she noted of her sudden surge in success, “and by Friday I was a millionaire.”

She wrote 19 novels in total, including the Pride and Prejudice-inspired Death Comes to Pemberley and the dystopian hit The Children of Men (adapted into a Hollywood film by Gravity director Alfonso Cuarón).

Even as recently as last year, James told the BBC it was important to her to write one more book: “With old age, it becomes very difficult. It takes longer for the inspiration to come, but the thing about being a writer is that you need to write … I hope I would know myself whether a book was worth publishing. I think while I am alive, I shall write. There will be a time to stop writing, but that will probably be when I come to a stop, too.”

Following a slew of awards and honours for her literary achievements, as well as her work as governor of the BBC, Queen Elizabeth II made James a life peer of the House of Lords in 1991, bestowing upon her the title Baroness James of Holland Park.

James also acted as Lay Patron of the Prayer Book Society and in recent years flexed some political muscle by openly calling out the high wages of BBC executives on air as well as protesting against Scottish Independence ahead of the national referendum earlier this year.

“The world will be a worse place without her,” A.S. Byatt, British novelist and former Booker Prize winner told the BBC. “The writing was terribly good. When people in her books died, other characters’ lives changed too … She said crime fiction should win the Booker and tried to have it taken seriously. Phyllis was on the borderline between crime fiction and literary fiction.”

Publishing house Faber and Faber, who maintained a relationship with James for more than five decades, added, “Working with her was always the best of times, full of joy. We will miss her hugely.”