Between the Lines with … Measha Brueggergosman, on Her New Album “Christmas” 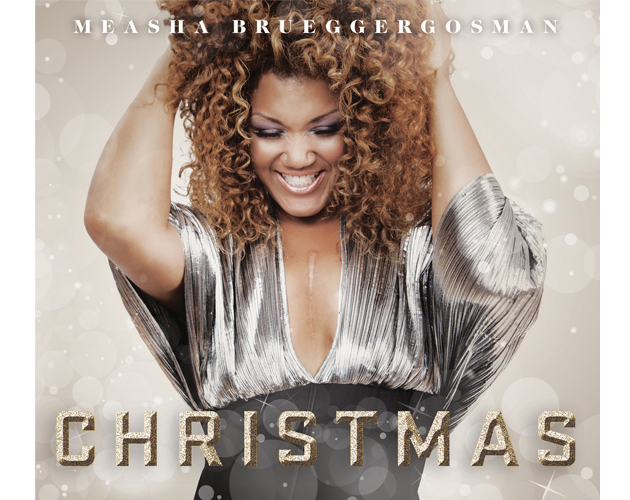 There aren’t many “firsts” left to achieve for celebrated Canadian soprano Measha Brueggergosman, who’s racked up awards and exhilarated audiences from Germany to Thunder Bay to the Olympic Games. This winter, however, she tosses her hat into the holiday music arena for the first time with Christmas, a beautifully arranged collection of classic holiday tunes along with two new ones she co-wrote. Brueggergosman discussed her debut holiday disc and more with Zoomer’s Mike Crisolago.

Why she wanted to record a Christmas album

MEASHA BRUEGGERGOSMAN: If I’m going to embark on more non-classical things or if I’m going to do an album that might not have classical repertoire at its core, I really did want to have something foundationally familiar – a skeleton on which I could hang original thoughts … that thing that would be a thread between me and the audience, which is Christmas music. It was the universality of it that really attracted me.

On the benefits of recording a Christmas album in July

MB: You really are motivated by a repertoire that truly interests you because you don’t have the soundtrack playing in the background, whether it’s on the radio, in the stores or anything like that. When it’s really not present, it felt like it gave us a kind of cut the cord from the association that we may have had in terms of arranging or how we could treat a tune. We could just see it for what it was and maybe decide what it needed.

The music she personally associates with Christmas

MB: Mine would have always been The Messiah. Or I think Bing Crosby [or] a kind of classic, Ella [Fitzgerald] White Christmas. Kind of old timey vinyl.

But my father-in-law, funnily enough, it’ll be 15 years that I’ve been going to Switzerland on and off for Christmas. And he, without fail, plays Mahalia Jackson. And that is the Christmas soundtrack that I have come to associate with Switzerland. It’s very interesting to think how, for us, that might be a choice of a demographic, but for him it’s just Christmas.

On why we still love classic holiday songs

MB: I think that because the holiday season, maybe more than any other time of year, brings people together to sing. Because that’s the time when the family gathers around the piano and sings things or goes to a concert. And I think the songs have stood the test of time because a lot of the time people can sing them together and that ability to bring together people in concert is a way of celebrating.

MB: It’s important that people who don’t necessarily consider Christmas a joyous time also be represented. And that’s what Royal [Wood] and I were attempting to do on “Let Joy Reign” … When I was writing the text, I was just kind of thinking of [how] everybody has periods in their life where things are more challenging than other periods. We’re fighting fires and thorny paths and, in order to create balance and to appreciate the joyous times, there has to be periods of devastation. And for some people that revolves every year for them, and it happens square at the holidays. And we just wanted to write a song that would acknowledge what their challenges may be and give some kind of an upswing to what may have been a totally hopeless time.

Measha Brueggergosman’s Christmas is available in stores and online now. For more information, go to www.measha.com.