At 53, singer Susan Boyle Finds Romance for the First Time 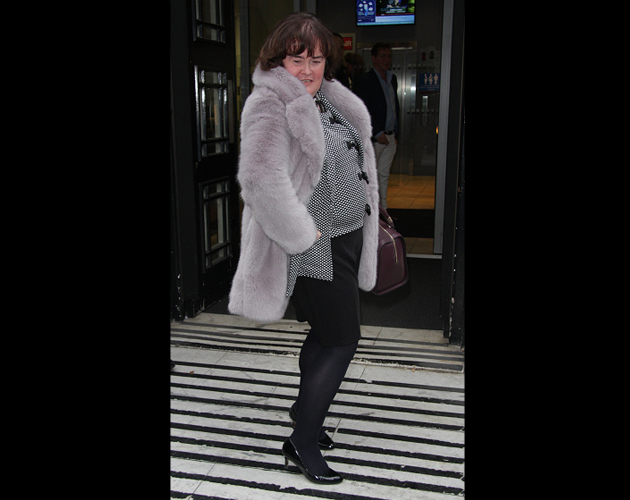 “Susan and Doc sitting in a tree…” We’ve all heard the lovey-dovey ditty on the playground, but chances are singer Susan Boyle could add an operatic punch to this schoolyard tune and earn herself yet another chart-topping single.

Boyle, of course, became an overnight sensation in 2009 after her jaw-dropping performance of “I Dreamed a Dream” on Britain’s Got Talent. It was a shining moment that proved this former Scottish church volunteer has talent to spare. And now, at age 53, her spokesperson suggests she may also have her first boyfriend.

“She met someone when she was in America and the idea is that he can come here,” Nicola Phillips, Boyle’s spokeswoman, told The Associated Press.

The story notes that the man in question is a doctor from Connecticut who the singer met during a trip to the U.S., and that the hope is that he’ll soon pay Boyle a visit in Scotland.

The news of Boyle’s first boyfriend is the latest chapter in a life story that sounds more like a Hollywood script than a real-life biography.

She grew up in Blackburn, West Lothian, Scotland, which lies midway between Edinburgh and Glasgow. As a child she suffered harassment at the hands of her classmates due to a perceived learning disability.

“I was told I had brain damage. I always knew it was an unfair label,” Boyle said, recalling the doctor’s diagnosis as a child. Last year she learned the diagnosis was wrong, and that she in fact has Asperger’s syndrome. “Now I have a clearer understanding of what’s wrong and I feel relieved and a bit more relaxed about myself.”

She grew up singing at church, as well as various local and regional functions, but caught her big break at age 47 on Britain’s Got Talent – a performance she only went through with as a tribute to her mother (whom she was acting as a caregiver for), who encouraged her to do the show but passed away before the performance.

Following the performance she went from an unemployed, 47-year-old Scottish woman who’d “never been kissed” to a music superstar, releasing best-selling albums, wracking up praise and award nominations, touring, inspired a musical based on her life, and even performed for Pope Benedict XVI.

And now, with news of a possible beau – a doctor no less! – Boyle has a chance at perhaps the only thing her success hadn’t brought her yet – romance.

Boyle’s life story truly is a remarkable one, but if it were a Hollywood movie it would be about that time in the tale for the heroine to find a worthy partner and live happily after after. In that sense, here’s hoping for a Hollywood ending.