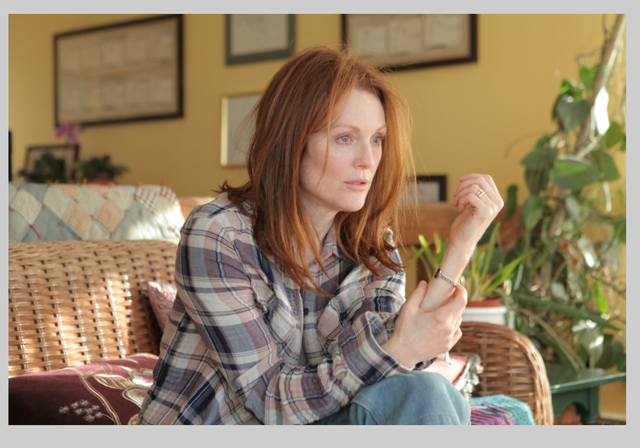 Stock up the mini-bar and put on the popcorn – the 72nd Golden Globes roll out the red carpet Sunday evening and we’ve made our picks for who’ll take home statuettes, who actually should take home those statuettes, and who was snubbed.

The Theory Of Everything

Who Should Win: This is a very tough category, as valid arguments could be made for each film. I’d personally give it to Selma – as it hits all its marks (writing/acting/direction, etc.) beautifully while depicting a major historical event that hasn’t been seen in a major motion picture before. But again, you aren’t wrong no matter who you think should win.

Who Will Win: Selma. Richard Linklater, however, will instead take home the director’s nod for his innovative filmmaking for Boyhood, and Eddie Redmayne for best actor in The Theory of Everything.

Best Performance By An Actress In A Motion Picture – Drama

Felicity Jones  (The Theory Of Everything)

Who Should Win: Julianne Moore. Previously, she’s been nominated for six Golden Globes and has won one. This is the first of two lead actress nominations for her this year (more on that later) and her subtle, delicate, heartbreaking portrayal of a woman gradually succumbing to the effects of Alzheimer’s is a career-performance that should nab her a much deserved (and elusive) Best Dramatic Actress film honour.

Who Will Win: I think Reese Witherspoon could be the one to beat in this category. Jennifer Aniston, playing a role so out of character with what we’re used to from her, is a sleeper pick. But you know what? Because I am such a big proponent of Julianne Moore for Still Alice, I’m sticking with her.

Best Performance By An Actor In A Motion Picture – Drama

Eddie Redmayne (The Theory Of Everything)

Who Should Win: Like with the Best Picture category, I’m torn between nominees. Here, it’s Oyelowo, who is brilliant as Martin Luther King Jr., and Redmayne. I think in the end I’d have to give it to Redmayne, given the fact that the scene for the movie, like most films, were shot out of sequence, meaning Redmayne had to somehow, in his mind, keep track of how far Stephen Hawking’s ALS would have progressed during the time frame depicted in each scene. For example, today he could be playing Hawking during the early stages of the disease. Tomorrow, they could film a scene near the end of the movie. The day after, he could be back to a scene where the ALS is in its midway stages. Redmayne had to adjust each time to depict the disease at it would have been at that stage, out of sequence, and he did it masterfully.

I do have to mention, however, that somehow Timothy Spall, who is receiving great praise for his starring role in Mr. Turner, was inexplicably left off this list. For the record, he won Best Actor at Cannes in 2014 for the role, and to me is the biggest snub so far this award season. That said, putting him up against Oyelowo and Redmayne would make an already arduous choice of picking a winner nearly impossible.

Who Will Win: Redmayne, for the reasons above.

Who Should Win: Birdman, for it’s innovative presentation.

Who Will Win: I wasn’t a big fan of St. Vincent, but part of me thinks it could take it. But I’ll officially say Birdman.

Emily Blunt (Into The Woods)

Julianne Moore (Maps To The Stars)

Who Should Win: Amy Adams. She always puts in a top-tier performance, though it’s hard to count any of the nominees out. Julianne Moore won this award at Cannes, so that’s a possibility. As well, Helen Mirren is a perennial contender whenever she’s nominated, and Quvenzhané Wallis surely has a long, award-winning career ahead of her. It could start on Sunday.

Who Will Win: I feel like they might give best dramatic actress to someone else and award this statuette to Julianne Moore. It’s a shame if they deny her the best dramatic award though, as I personally wasn’t a fan of Maps to the Stars. Is it possible Moore takes home two statuettes? Unlikely, but not impossible.

Who Should Win: I’m going to go against my personal rule of picking Christoph Waltz, my favourite actor, to win anything he’s nominated for, and choose Michael Keaton. A career resurgence and a fantastic role. I think there’s a part of most people that’s rooting for him.

Who Will Win: Michael Keaton. I could see them going with Bill Murray as well, though, again, I didn’t really get all the fuss about that film. Absolutely it was good, but award-winning good?

The Book Of Life

How To Train Your Dragon 2

Who Should Win: I think it’s more or less a toss-up this year, so I’m going with Big Hero 6, though The Lego Movie would be nice for sentimental, childhood reasons.

Gett: The Trial Of Viviane (Israel)

Who Should Win: I’m a little bitter that the brilliant Quebecois film Mommy wasn’t nominated, so I’m picking this category under protest. I’m going with Force Majeure, as it’s got that mix of Swedish absurdity and humour that I love.

Who Will Win: Leviathan was in competition for the Palme d’Or at Cannes in 2014 (*cough* so was Mommy *cough*) and I think it’s the frontrunner here as well.

Jessica Chastain (A Most Violent Year)

Meryl Streep (Into The Woods)

Who Should Win: As much as I enjoyed Keira Knightley in The Imitation Game, I feel like Patricia Arquette should probably take it for playing the same character over the course of 12 years.

Who Will Win: Patricia Arquette.

Who Should Win: I think it’s hard to ignore Simmons, who, out of this group, probably put in the best performance (and certainly received arguably the most praise).

Who Will Win: J.K. Simmons.

Who Should Win: Another really tough category. I love Wes Anderson, Ava Duvernay did such a brilliant job with Selma, both Birdman and Boyhood employed unorthodox filming techniques, and Gone Girl received lots of praise. My heart wants to give this to Duvernay, but my head says Richard Linklater or Alejandro González Iñárritu.

Who Will Win: I’m going to go with my earlier prediction and say Linklater.

Who Will Win: Gillian Flynn.

Jóhann Jóhannsson (The Theory Of Everything)

Who Should Win: Isn’t every “original score” award Hans Zimmer’s to lose? Interstellar may not have been as big a sensation as Gravity, but I think it gets a statuette here.

Who Will Win: Hans Zimmer.

Music By: Greg Kurstin And Sia

Lyrics By: Sia And Will Gluck

Who Should Win: I love “Glory,” and it’s an incredibly poignant tune, especially in the context of the film.

Who Should Win: Another really tough category, though Breaking Bad did leave a bit of a hole in it (and the best actor category) when it finished up. I do think, however, that Game of Thrones and House of Cards fill that hole quite well.

Who Will Win: It’s a toss up. Lets go with Game of Thrones.

Best Performance By An Actress In A Television Series – Drama

Viola Davis (How To Get Away With Murder)

Who Should Win: Like some other categories, you wouldn’t be wrong picking any of the above. Shot in the dark: I’m going with Julianna Margulies, since I’ve been a fan since her Sopranos days.

Who Will Win: I have a feeling about Viola Davis. Margulies, Danes, or Wright could easily take it too.

Best Performance By An Actor In A Television Series – Drama

Who Should Win: Clive Owen is such a tremendous talent that I hate voting against him, but Kevin Spacey and House of Cards are juggernauts that are going to be tough to stop.

Who Will Win: Kevin Spacey.

Orange Is The New Black

Who Should Win: Transparent is not only a ground-breaking and modern concept (the brilliant Jeffrey Tambor stars as a senior citizen whose family discovers is actually transgender), but it’s also the product of the relatively-new Amazon Studios. And it’s received near-unanimous critical praise. It’s my pick.

Who Will Win: I think Transparent will have its time, but this year will belong to OITNB.

Who Should Win: It’s a toss-up, really, but safe money during award season is usually on either Edie Falco or Julia Louis-Dreyfus. I’ll take the former.

Who Will Win: I’d like to say Falco or Louis-Dreyfus but for some reason I can see Schilling taking it home.

Who Should Win: For all the reasons I mentioned in the category for best TV comedy or musical, and because he’s a brilliant comedic actor in a very unconventional role, I’d pick Tambor.

Who Will Win: Jeffrey Tambor.

Best Mini-Series Or Motion Picture Made For Television

Who Should Win: Lots of great shows, but I think True Detective is the one to beat here.

Who Will Win: True Detective.

Who Should Win: I love Frances McDormand in almost everything she’s in, but I think it’s Maggie Gyllenhaal’s year.

Who Will Win: Maggie Gyllenhaal.

Who Should Win: There are only three TV shows represented among the five nominees, which either illustrates the strength of the male roles in those shows, or the weakness among the rest of the pack. Not sure which, but I’d have to go with Woody Harrelson here.

Who Will Win: Why do I have a bad feeling we’re going to be hearing a very relaxed Matthew McConaughey acceptance speech?

Best Performance By An Actress In A Supporting Role In A Series, Mini-Series Or Motion Picture Made For Television

Who Should Win: An eclectic mix of TV shows represented here, and all deserving. Aduba won the Emmy for her role last year, but Kathy Bates is Kathy Bates (and she also won the Emmy for American Horror Story: Coven last year). Alllison Janney is always great, Joanne Froggatt is oft-nominated, and Michelle Monaghan could be a sleeper pick. Decisions, decisions. I pick Aduba…No, Bates…No, Aduba…No…

Best Performance By An Actor In A Supporting Role In A Series, Mini-Series Or Motion Picture Made For Television

Who Will Win: Bill Murray.