Between the Lines…with Douglas Coupland, On Art, Internet and Stupid Decisions 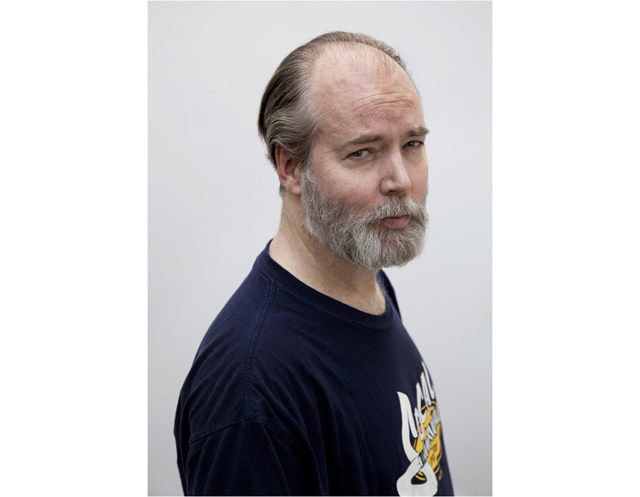 Don’t look now, but you may be surrounded by art and not even know it. At least, you might feel that way after taking a stroll through Douglas Coupland’s latest exhibit, everywhere is anywhere is anything is everything – featuring found Canadiana (think Kraft Dinner boxes, a goalie mask, a 40-year-old Eaton’s Christmas catalogue), photography, tech and pop art. Ahead of the exhibit’s touchdown in Toronto, the Canadian writer, artist, and cultural critic discussed his pre-Internet brain, the stupid decisions we make at age 40 and more with Zoomer’s Mike Crisolago.

MIKE CRISOLAGO: everywhere is anywhere is anything is everything is the first major exhibition of your artwork. What was your initial reaction to the exhibit?

DOUGLAS COUPLAND: It was when I got to walk through it alone, with no other people or noise. It was like the inside of my head had exploded and I got to now see the results in total peace and tranquility.

MC: The exhibit features works of art comprised of everything from books to hockey pucks to Lego blocks to animal bones to Kraft Dinner. Do some found objects work better as components of artwork than others?

DC: It always depends on the idea first. One of the points of the show is that anything can become art; it just depends on how you look at it. What made me happy about the Vancouver show was people going to see it a few times because suddenly the everyday world became heightened and new.

MC: When you consider the images that are commonly associated with Canada/Canadiana (for example, a maple leaf, or a beaver, or a lumberjack, etc.), are there any that you particularly like as a symbol of our culture? Any you think are too stereotypical/played out?

DC: I think that the Canadiana field is mostly exhausted now. As a nation, starting around 2000, we went through a decade of iconic puberty as we figured out what represents us in the 21st century. I did some of the still life photos in 2000/2001 and it was the uncoolest thing ever. But I think I was maybe one of the first people to realize how badly a makeover was needed. Now it’s everywhere. And that’s good.

MC: You note in the exhibit that you miss your pre-Internet brain.

DC: A year later, I don’t even remember it.

DC: That’s too big a question to answer. But every day there become fewer and fewer people who remember the pre-Internet world. Soon it will be zero. People born around 1990 see little difference between the Internet and the real world, and they may, actually, be right.

MC: What’s more exciting/nerve-wracking for you: the release of a new book, or opening night at an art gallery installation?

DC: Art openings. Crowds freak me out so I never go to anything and I really would prefer to go into a corner and stare at the wall.

MC: You’ve said, “Almost everyone on Earth makes 2.5 incredibly stupid life decisions around the age of 40.” Do you have any advice for our readers for making the most of life post-40?

DC: I guess the thing is you still have to make those 2.5 stupid decisions because one of them might turn out to not be stupid at all. At 40 I decided to become involved with visual culture again, with the double handicap of being older and having life history that made it harder for people to see me as anything but who I already was. But I’d hate to imagine where I’d be had I not done that. The other 1.5 decisions I don’t want to talk about.

everywhere is anywhere is anything is everything opens Jan. 31 and runs until April 26 at the ROM and April 19 at MOCCA. For more information, visit http://www.couplandto.ca.