Grammys 2015: How the Boomers Stole the Night 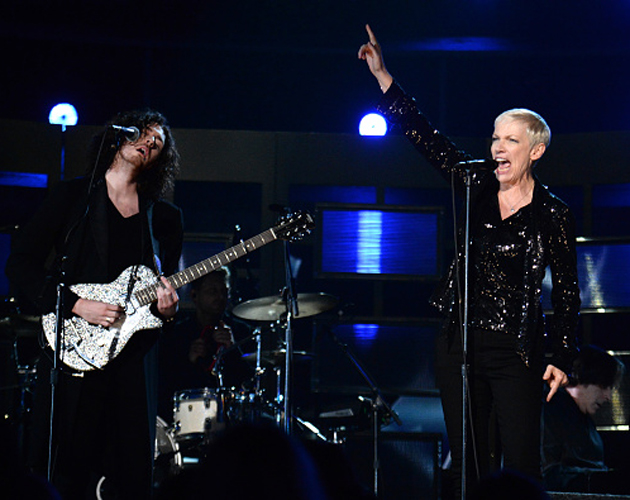 As one of our editors tweeted last night, “Best Rock Album nominees: @TomPetty, @Beck, @U2… What year is this again? Haha! #flashback #GRAMMYs” Unlike years past, this year’s Grammy awards highlighted the best of what boomer artists have to offer! Take that, One Direction and every other tween band I’ll never remember the name of. This year’s show was more proof of the influence these veteran artists have had and will continue to have. Sure, Sam Smith won many awards, but even he has to give Tom Petty a paycheque for Stay with Me‘s undeniable similarity to Can’t Back Down. And so to celebrate the incredible boomer moments last night, we give you the ones that made us most proud.

Talk about nostalgia – AC/DC opened the show with Rock or Bust and then moved in with Highway to Hell. Watch their performance below for a serious blast from the past.

Tom Jones and Jessie J created a beautiful inter-generational moment (one of many last night), performing You’ve Lost That Loving Feeling. The general consensus of our Zoomer Facebook fans was “Tom Jones still got it.” He sure does.

And, of course, we can’t forget about crooner (and past Zoomer cover star) Tony Bennett’s duet with Lady Gaga.

Usher performed a flawless version of Stevie Wonder’s Is It Magic before Wonder himself graced us with his presence playing the harmonica. Some were disappointed that the legend himself did not sing, but Usher certainly proved his ability, sounding eerily like him.

Annie Lennox! Hozier! This was almost too much.

We can’t ignore a Paul McCartney moment even if Rihanna and Kanye joined him on stage.

Prince didn’t need to perform to make an impact. While he strutted out to announce Album of the Year, the audience understandably lost it. In an orange tunic and beads hanging, he said, “Albums still matter, like books and black lives.”