Hosts With The Most: 13 Great Oscar Jokes 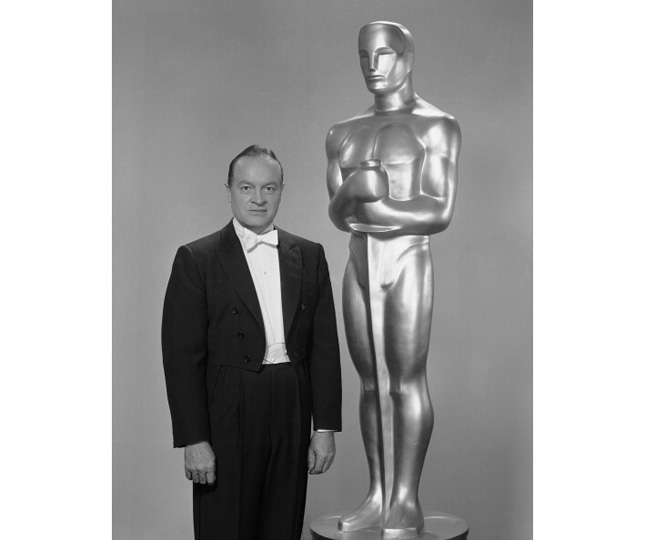 Can Jimmy Kimmel duplicate the success of Oscar hosts from the past?

Amidst the frenzy of the star-studded Academy Awards spectacle stands the host—the most pivotal player on Oscar’s stage. Responsible for keeping millions of viewers from passing out in their popcorn during the lengthy ceremony, their delivery must be sharp, their wit cutting, and their ability to improvise uncanny.

With that in mind, we’ve compiled 12 of our favourite Oscar jokes in honour of those Academy Award MCs who—whether legendary hosts or one-and-done—proved that Hollywood’s biggest night is nothing if not fodder for a few good laughs.

David Niven, 30th Oscars (1958): [After being interrupted by a male streaker running across the stage] “Isn’t it fascinating to think that probably the only laugh that man will ever get in life is by stripping off and showing his shortcomings?”

Billy Crystal, 64th Oscars (1992): [After director Hal Roach, 100, made a speech from his seat in the audience, which no one could hear] “I think that’s fitting because Mr. Roach started in silent films.”

Steve Martin, 82nd Oscars (2010): “Everyone who’s ever worked with Meryl Streep says the same thing: can that woman act and what’s up with all the Hitler memorabilia?”

Ellen DeGeneres, 86th Oscars (2014): “We should get started. It’s going to be an exciting night. Anything can happen, so many different possibilities. Possibility No. 1: 12 Years a Slave wins best picture. Possibility No. 2: you’re all racists. And now please welcome our first white presenter, Anne Hathaway.”

Whoopi Goldberg, 66th Oscars (1994): “So, they went and gave me a live microphone for three hours. There haven’t been this many show business executives so nervous, sweating over one woman since Heidi Fleiss.”

Chris Rock, 77th Oscars (2005): “The only acting you ever see at the Oscars is when people act like they’re not mad they lost … Nicole Kidman was smiling so wide, she should have won an Emmy at the Oscars for her great performance. I was like, ‘If you’d done that in the movie, you’d have won an Oscar!'”

Billy Crystal, 84th Oscars (2012): “So tonight, enjoy yourselves because nothing can take the sting out of the world’s economic problems like watching millionaires present each other with golden statues.”

Chris Rock, 88th Oscars (2016): [Discussing the #OscarsSoWhite controversy] “It’s not about boycotting anything. We want opportunity. We want the black actors to get the same opportunities as white actors. That’s it. Not just once. Leo [Di Caprio] gets a great part every year. All you guys get great parts all the time. But what about the black actors? Jamie Foxx is one of the best actors in the world. Jamie Foxx is so good in Ray that they went to the hospital and unplugged the real Ray Charles. They’re like, ‘We don’t need two of these.'”

If You Can’t Laugh at Yourself …

Seth MacFarlane, 85th Oscars (2013): “This is going to be a big night for some of you people, because, as we all know, winning an Oscar guarantees a long, successful career in the industry. Look at last year: Jean Dujardin won best actor for The Artist, and now he’s everywhere! I’m kidding, of course. His is actually a tragic age-old Hollywood story: he couldn’t make it in the talkies.”