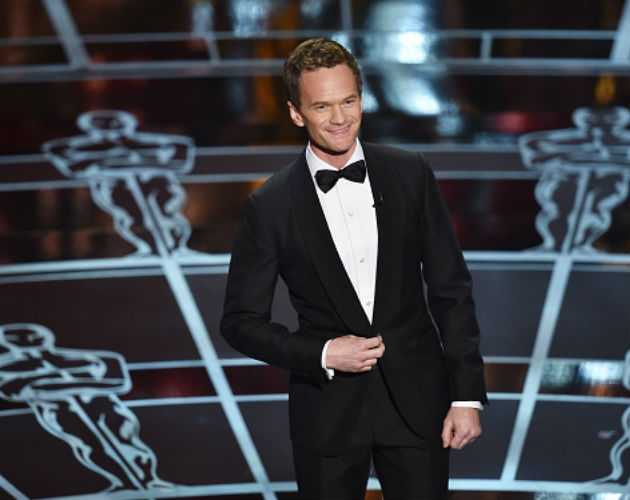 Our top five moments (and one honorable mention) from the 87th Academy Awards:

NPH as Oscar MC Had his Moments

Neil Patrick Harris won an Emmy for his work hosting the Tonys and then went on to successfully host the Emmys – achievements that make the fact that he was the Academy’s fourth choice to host the Oscars even more unbelievable.

That said, the last few years haven’t produced a truly great Oscar host – Tina Fey and Amy Poehler hold the titles of best recent award show hosts for their Golden Globes duties – but NPH had his moments and kept the festivities moving as best one can when hosting a plodding, near-four hour show in a social media age where even a brilliant film feels long at the three-hour mark. The length of the show is one of the reasons we’ve come to expect less of an Oscar host. Very few can keep people interested for that long, though some still do it better than others. NPH didn’t hit a home run, as a show of this length and “gravitas” isn’t his forte. Still, he had a few memorable moments, falling somewhere between Ellen Degeneres on the high end and Seth MacFarlane on the low side of recent Academy Award MCs.

NPH’s best moments included the opening song and dance – his calling card – that involved cameos from Anna Kendrick and Jack Black that both celebrated and skewered Hollywood. Harris capped the routine with, “That whole thing? Completely improvised.”

The Birdman parody that saw NPH take the stage in nothing but a pair of white briefs was fun, but his show-long gag of having Octavia Spencer guard his “Oscar predictions” resulted in a lame payoff. His best joke, however, came when he deadpanned, “Benedict Cumberbatch – it’s not only the best name in show business, it’s also the sound you get when you ask John Travolta to pronounce ‘Ben Affleck.’”

His intro, however, directed at Selma-snubbing Academy voters, began: “Welcome to the 87th Oscars. Today we honour Hollywood’s best and whitest … I mean brightest. Sorry,” echoing Ellen’s 12 Years a Slave jokes from 2013. The Academy clearly needs to hire some real joke writers for next year. Poland and Paweł Pawlikowski Prevail
Director Paweł Pawlikowski accomplished two major feats at the 87th Oscars: first, his black and white drama Ida won Poland its first Oscar, for Best Foreign Language film. That, however, was just the beginning. He hurried through his acceptance speech, keenly aware that the orchestra was primed to play him off. At the 45-second mark the conductor struck up the band and began playing the cut-off music. And Pawlikowski kept … on … talking.

In a rare Oscar occurrence, Pawlikowski cut off the cut-off music. As the director went on to make mention of his crew, friends, late wife and parents, and his children, the music eventually stopped playing, allowing him to finish.

Just goes to show – persistence pays off in Hollywood. The Speeches that Stole the Show
J.K. Simmons completed his award season run with the Oscar for Best Supporting Actor. But when he hit the stage, the Whiplash star used his speech to pay tribute to his wife and children before tossing in this heartwarming piece of advice:

“And if I may, call your mom. Everybody – I’m told there’s like a billion people or so. Call your mom, call your dad. If you are lucky enough to have a parent or two alive on this planet, call them. Don’t text, don’t e-mail. Call them on the phone. Tell them you love them and thank them and will be for as long as they want to talk to you. Thank you. Thank you, Mom and Dad.”

Patricia Arquette, meanwhile, hit the stage like a hurricane when she won for Best Supporting Actress for her turn in Boyhood, rushing through her speech to ensure she had time to offer a rousing message about wage equality that brought the likes of Meryl Streep and Jennifer Lopez to their feet.

“To every woman who gave birth, to every taxpayer and citizen of this nation, we have fought for everybody else’s equal rights. It’s our time to have wage equality once and for all and equal rights for women in the United States of America!”

Common and John Legend delivered impassioned speeches after winning for Best Original Song for Selma’s “Glory,” touching on everything from inequality to change:

Common: “First off, I’d like to thank God that lives in us all. Recently, John and I got to go to Selma and perform ‘Glory’ on the same bridge that Dr. King and the people of the civil rights movement marched on 50 years ago … This bridge was built on hope. Welded with compassion. And elevated by love for all human beings.”

John Legend: “… we say Selma is now because the struggle for justice is right now. We know that the voting rights, the act that they fought for 50 years ago is being compromised right now … the struggle for freedom and justice is real. We live in the most incarcerated country in the world. There are more black men under correctional control today than were under slavery in 1850. When people are marching with our song, we want to tell you that we are with you, we see you, we love you and march on.”

Later, The Imitation Game’s Graham Moore used his speech to pay tribute to Alan Turing before noting that he once attempted suicide:

“When I was 16 years old, I tried to kill myself because I felt weird and I felt different. And I felt like I did not belong. And now I’m standing here and I would like for this moment to be for that kid out there who feels like she’s weird or she’s different or she doesn’t fit in anywhere. Yes, you do. I promise you do. Stay weird, stay different. And then when it’s your turn, and you are standing on this stage, please pass that same message to the next person who comes along.” Rocking the Oscars
Oscar-nominated Lego Movie earworm “Everything Is Awesome” thrilled early on when Canadian duo Tegan & Sara and comedy group The Lonely Island performed live, accompanied by an army of characters that included Canuck actor Will Arnett decked out in Val Kilmer’s Batman costume, The Roots’ Questlove and ‎Mark Mothersbaugh of DEVO.

Later, Common, John Legend and a cast of marchers literally brought the audience to tears with their stirring performance of “Glory” from Selma, which went on to win the statuette for Best Original Song.

Jennifer Hudson’s rendition of “I Can’t Let Go” capped off the In Memoriam tribute (which omitted Joan Rivers, by the way), and Lady Gaga offered a beautiful medley of The Sound of Music songs to mark the 50th anniversary of the film – a performance that may have been even better received if it didn’t occur at 11:15 p.m. with a number of major awards still to be handed out. Still, Julie Andrews loved it, so who am I to judge? The Winners
It really was a feel-good night as far as the winners went. Some were predictable and others a bit of a surprise, but it was great to finally see Julianne Moore win an Oscar on her fourth nomination. On top of it all, she spoke up for people struggling with Alzheimer’s when she noted, “People with Alzheimer’s deserve to be seen, so that we can find a cure.” And when you take into account the above-mentioned speeches, there was a lot to applaud in the winner’s circle this year. Seeing Michael Keaton on stage as Birdman won Best Picture was great. I only hope it’s not too long before we see him accepting a gold statuette of his own. Honourable Mention
John Travolta made up for flubbing Oscar-winning singer Idina Menzel’s name during last year’s show by introducing the Best Original Song category with her this year. He joined her onstage and pronounced her name correctly.

“You did it! That’s so good,” Menzel congratulated him.

She followed that by joking, “It’s not like it’s going to follow me around for the rest of my life,” to which Travolta quipped, “Tell me about it.”