Between the Lines: Tom Cochrane Talks Touring and “Take It Home” 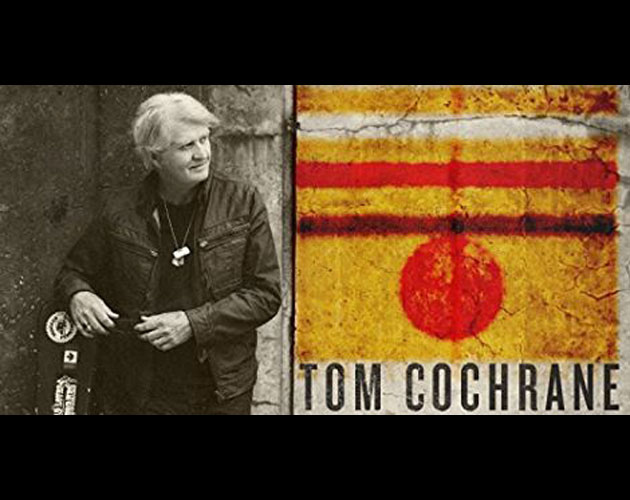 Canadian rock Legend Tom Cochrane tells Zoomer’s Mike Crisolago about his new disc, Take It Home, his encounter with Terry Fox and how his life is, once again, becoming a highway.

MIKE CRISOLAGO: Your new album, Take It Home, is your first solo effort in nine years. How did it come about?

TOM COCHRANE: Somebody said that I had said that the last record might be my last but, I guess, they all might be your last. [Laughs] We don’t know. What I basically meant is that unless it means something, I’m not in the business of just crafting songs for the sake of getting them out there. This record – I woke up one day, and it was basically like a bird having the instincts to fly south or north. It just seemed like I had something to say.

[A song] that sort of was a holdover from a few years ago was “Diamonds.” I wrote it for [co-producer Bill Bell’s] wife when they separated. And she, for one reason or another, didn’t do the song, and Bill brought it up. And I said, “You mercenary son of a gun.” He says, “You gotta do this song. It’s a great song.” I said, “Billy, I wrote that for [your wife] when you guys broke up.” And he said, “Yeah, but I think you’d do a great job with it.” So, I tried it and it worked.

MC: Is your desire to wait until it “means something” the reason there’s more time between your albums now than in the past?

I think I did a lot of good writing back then but, you know, you didn’t always hit the mark. And I look at this record and I’m pretty proud of each and every song … It just sort of runs the gamut and, in some strange way, it hangs together proudly because … there have been a lot of influences that I sort of pay homage to on this record. Hence the title, Take It Home.

MC: How have you witnessed the music landscape change over the course of your career?

TC: A big part of it, obviously, is digital technology right across the board. Now we can do a lot of stuff on our laptop. The irony of the big trick is we have all this stuff to make it sound old because I was kind of painstaking in my quest to make the record sound analog. The performances were natural.

[Social media] has changed it phenomenally. Now, really, the record is a poster for the tour. So, in that way it’s taking it home, too, because isn’t touring and isn’t live where everything started? Whether it was jazz or whether it was rock ‘n’ roll or whether it was folk music, that’s where it started. And that’s where it’s meant to truly come alive, when you play it live. So it’s sort of a natural process in a roundabout way, backwards, to the roots of the music. We’re not depending on sales. I was one of a handful of Canadians that went diamond, with Mad Mad World, and that was a bygone era now. You just don’t see that anymore.

In a roundabout way, I’m saying that I made this record for the love of it and because I want to get out and play these songs live.

TC: [Laughs] I’ll let you know. We’re doing 16 shows, and I’m doing quite a bit of media. I haven’t done that for five or six years. It’s just a matter of pacing it. You’ve got to be a bit like an athlete, so that part of it is a little tougher than 20 or 30 years ago. Although 20 or 30 years ago, you tend to party more, you don’t really know how to pace yourself as well as perhaps I do now. I’m a wily ol’ veteran, I guess. [Laughs]

It’s amazing. I mean, you see [Bob] Dylan out there. Over the last 10 years, and continuous, he basically lives on the road. And same with Willie [Nelson]. And the way Johnny Cash had resurgence in his early 60s and that when he was around, God bless him … you tend to get that second wind I guess.

NEXT PAGE: Tom’s favourite tour stops and his encounter with Terry Fox

MC: Do you have favourite tour stops and cities that you’ve visited over the years?

TC: Massey Hall is going to be magical. And it always has been. The times I’ve played it, [and] I saw so many momentous shows and artists that have come through there, The Band and The Byrds and Leonard Cohen and just so many wonderful artists. There’s ghosts in that room … a magic energy in that room that’s wonderful … In the early days of Red Rider, when we were struggling, Alberta was supportive, as the East Coast has been. But all over Canada’s always been pretty supportive, so I’ve been lucky to have a pretty strong touring career here.

MC: I read about an encounter you had with Terry Fox and I was wondering if you could recount that.

TC: That verse [from “The Ones That I’ve Known”, on his new album] touches on it. You look back all [the] sleeping in vans and sleeping in station wagons to save money because you didn’t have money for a room. And maybe two or three nights where you wouldn’t sleep in a real bed. You know, you’re living on a shoestring. And we’re driving back from Winnipeg to Toronto and I’m wondering, “Why the heck am I doing this? Sleeping in the back of the station wagon, we’re taking turns driving. And outside of Thunder Bay, traffic stops and the rain’s pouring down and [I] look out the window and this police car goes by and then slowly, out of the drizzle, comes this one-legged boy running. And you wonder whether it’s tears or whether it’s rain running down his face, and he’s looking ashen, [and] you can see the pain but you can see the courage in his face. And that was the last day he ran. And it hit me like a ton of bricks. It was a moving experience, and I thought, “How tough is my gig? How can I complain about this? I’m able to make music. I’m making people happy with the music.” And it sort of changed my outlook on life, you know? It was one of those markers that you pay attention to and you go, “I’m going to keep at this for a little while longer.” So it was a powerful experience.

TC: You know what it is, Mike, it’s unfinished business. The record is a good part inspiration and a good part unfinished business. And like I said, you think back to some of the horrible gigs you played and some of the tough places you stayed and five of us to a room because that’s all we could afford, some of the horrible band houses we stayed in and it’s kind of got its own mysticism now. And I think that you kind of appreciate it now and you realize it added a certain substance and weight to some of the song writing that they may not have had without those experiences. Well, that they definitely wouldn’t have had.