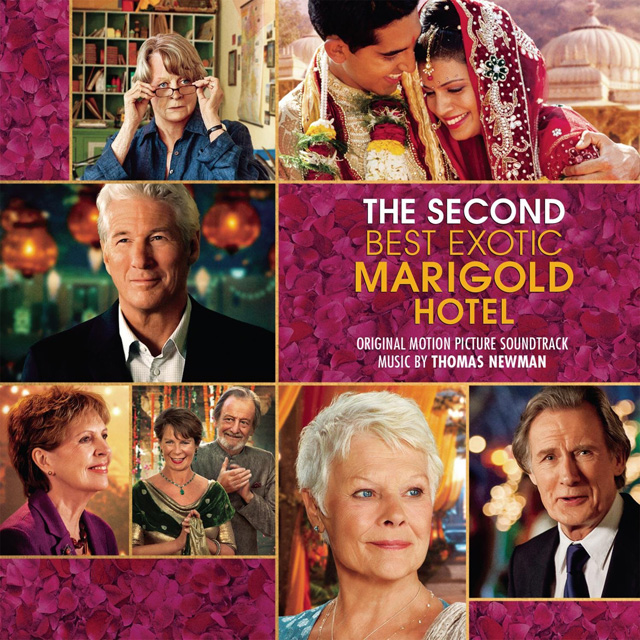 Not second best by any measure, this Marigold Hotel sequel is one of those rare follow-up efforts that outpaces the original – better, more exotic…marigoldier?

Choice Quote: “I couldn’t resist the chance to come back and visit the old crumbling ruins. And see how the hotel was doing as well.”

The Hype: Picking up eight months after the first film left off, an attempt to secure funding for a second Exotic Marigold Hotel has Sonny (Patel) desperately trying to impress Guy Chambers (Gere), whom he believes was sent from the prospective investment company to evaluate his business. Meanwhile, Sonny’s wedding is on the horizon, complicated romance blooms between some of the older guests, and Maggie Smith and Judy Dench wax philosophically about the journey of life. Featuring all of your favourite hotel guests from the first film, and a few new ones.

The Reality: Not second best by any measure, this Marigold Hotel sequel is one of those rare follow-up efforts that outpaces the original – even better, more exotic…marigoldier?

The sequel takes everything you loved about the first film – the cast, the comedy, the romantic tension – and amps it up here while cutting out needless sentimentality. As one moviegoer seated near me noted after the film, “I didn’t cry as much at this one as I did during the first one.” And he meant that in a good way.

Set against the frenzy of both the attempt to secure financing for a second hotel, Sonny’s upcoming wedding and the jealousy that festers when a man from Sonny’s past cozies up to his fiancé, Sunaina (Desae), the film explores the complexities of love and relationships between the characters of all ages, from second chances to infidelity to loneliness and the ongoing search for a meaningful partner.

The stellar cast remains just that, while worries that Richard Gere’s presence may water down the dynamic with a more “Hollywood-ized” sensibility are completely unfounded.

In fact, screenwriter Ol Parker and director John Madden went in the opposite direction with the plot, tossing out a number of false leads and minimizing the conventionality as much as possible.

It should come as no surprise to fans of the first film that the Best Exotic Marigold Hotel is definitely worth a second stay.

Can the grandkids see it?: They can, though the themes and humour will be lost on the young ones.

The Verdict: Like a fresh mint on your hotel pillow, The Second Exotic Best Marigold Hotel aims to please. And it succeeds.

The Second Best Exotic Marigold Hotel is in theatres now.