Ageism On Air?: Madonna vs. the BBC 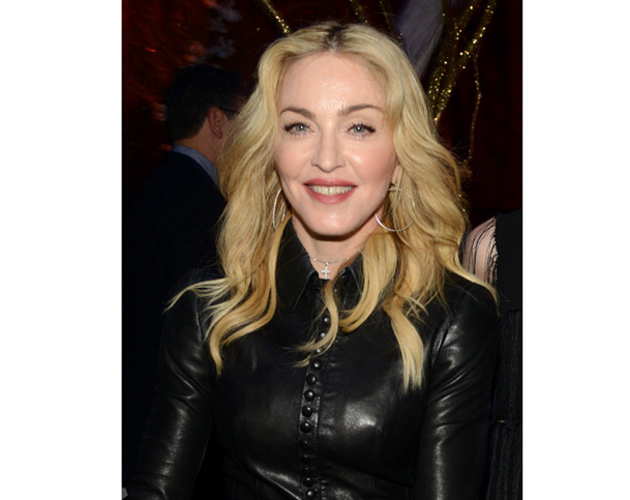 The battle stems from BBC Radio 1’s decision not to play her new single “Living for Love.” The station claims that the Material Girl’s track isn’t included on their playlist because songs, “are chosen on musical merit and their relevance to our young audience on a case-by-case basis.”

In an interview with the U.K. Sun, Madonna accused the radio station of ageism: “My manager said to me, ‘If you’re not in your twenties, it’s hard. You might get your record played in your thirties. There’s a handful of people who do – Pharrell [who is 41] got lucky. But if you’re in your fifties, you can forget it… We’ve made so many advances in other areas – civil rights, gay rights – but ageism is still an area that’s taboo and not talked about and dealt with.”

The station’s defence against the ageism claims is weak, citing the fact that they employ a 74-year-old DJ and play songs like “FourFiveSeconds,” which features Sir Paul McCartney (who, by the way, sings alongside Kanye West and Rihanna, which helps it secure airplay).

Meanwhile, the BBC’s own website quotes the head of Radio 1’s music, George Ergatoudis (who is 49 by the way), from an event a year ago, saying, “The BBC Trust have asked us to go after a young audience. We’ve got to concentrate on [people aged] 15-30. We have to bring our average age down. That’s something we’re very conscious of. The vast majority of people who like Madonna, who like her music now, are over 30 and frankly, we’ve moved on from Madonna.”

So “old folks” can judge the songs that air, they just can’t make the songs that air. Paired with the fact that they haven’t banned Madonna, they just don’t think her music is relevant and refuse to play it (entirely different thing, right?), BBC may need to re-think their programming practices (or at the very least, their PR team).

Add to this the fact that Madonna’s clearly been the victim of blatant ageism in recent months, from being labelled “Granny Gaga” by a member of a French political party to being shamed for her “full moon” at this year’s Grammy Awards. Had those been comments based on her race, sex, or sexual persuasion, the commenters would be rightfully skewered.

It’s easy to see why Madonna feels the same thing is happening here. “Living for Love” is a pop/dance track, like so many others from her long career, with an appeal that reaches across all demos. After all, if Michael Jackson were alive and releasing new music, would he be booted from the airwaves?

Never mind that the album Rebel Heart, which features the single in question, is set to become Madonna’s 12th number one disc in the U.K.. And let’s not forget her recent headline-making performance at the BRIT Awards. Sure the headline came in part because she took a tumble onstage, but what’s the old adage about any press being good press? Then again, perhaps the adage is too old for BBC 1’s mandate.