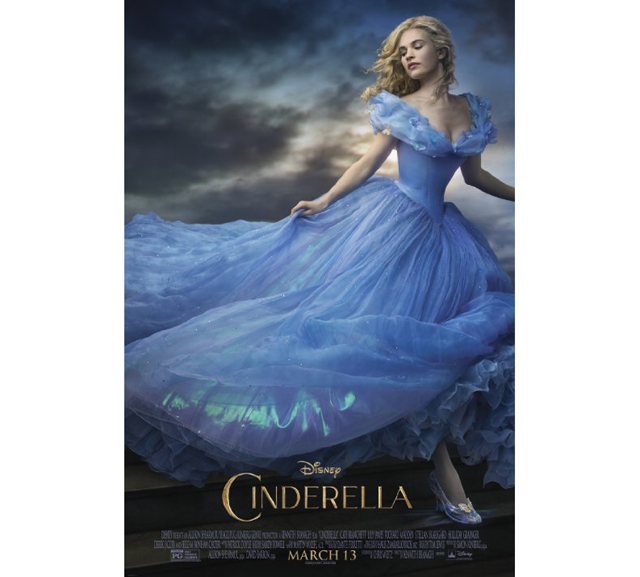 The Hype: Something about a princess, and a glass slipper, and a ball. I think there was a pumpkin in there too. Oh, and Helena Bonham Carter isn’t the evil villain for once.

The Reality: Though helmed by Kenneth Branagh, this is far from the high drama of his favoured Shakespearean cannon. But then, who’s watching Cinderella for Shakespearean-level high-drama? We aren’t here for the acting nuance or the lyricism of the dialogue (did you read the choice quote above?). We’re here for the fairytale, sprinkled with a dash of Disney’s brand of fairy dust. And this live action re-telling of Cinderella brings just that, boasting lavish costumes, extravagant scenery, the requisite meditations on the power of magic and enjoyable performances that, as a whole, manage to keep this film from turning into a pumpkin at the stroke of midnight.

Though there are some notable deviations, this film more or less borrows the plot from Disney’s earlier animated version. You’ve got your evil stepmother and wicked stepsisters who won’t let Cinderella go to the ball. Then there’s your fairy godmother and glass slipper and the mice and the prince who fits all the ladies in the land with the discarded shoe … SPOILER ALERT … until he finds his one, true princess.

The fun in this film, aside from the stunning visuals, is in some of the performances. Lily James suits Cinderella visually, and is up for the royal task of playing the title character, but this Cinderella is so overly sweet she almost rots your teeth.

There I go sounding like an evil stepmother – who, by the way, is played to her cackling best by Cate Blanchett. It’s actually a welcome change from the cartoon version that both the evil stepmother and the Fairy Godmother (Bonham Carter) characters are less dark and frumpy. Blanchett’s costumes, like her performance, are colourful, more modern (that it, less stereotypical Disney villain) and absolutely befitting of a woman you love to hate, while Bonham Carter (literally) shines in a bright dress and a rare “hero” role that allows her to show off a more comedic side.

Our prince (Madden), meanwhile, is kind of just there – not really a standout role but at least he manages to get the slipper on the right foot. The wicked step-sisters – Anastasia (Holliday Grainger) and Drizella (Sophie McShera) – are wonderfully entertaining in their own ditzy, conniving way.

And they, along with Blanchett and Bonham Carter, represent the best of this film – a fun, extravagant spectacle of a fairytale, equal parts cackles and camp, a few darker, sadder moments but ultimately most of what you love from the original animated version come to life.

Can the grandkids see it?: If not them, then who?

Cinderella is in theatres Friday, March 13.