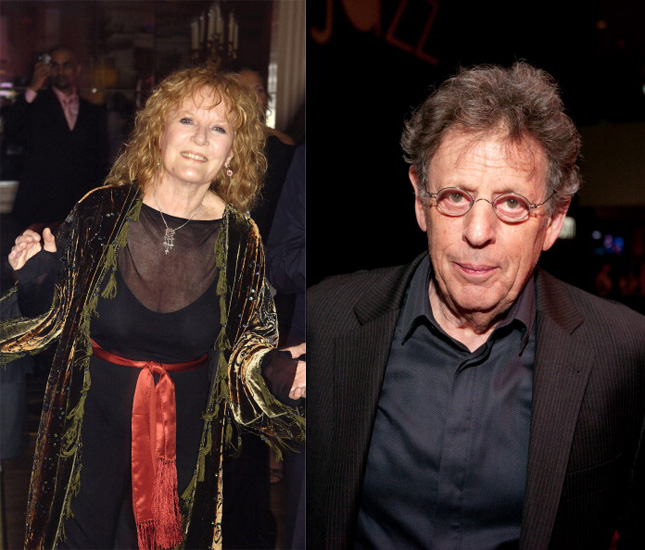 Prolific, experimental and pioneering composer Philip Glass, 78, became the 11th recipient of the Glenn Gould Prize this morning in Toronto, joining the ranks of past winners Leonard Cohen, Robert Lepage, Yo-Yo Ma in an honour, “awarded to an individual for a unique lifetime contribution that has enriched the human condition through the arts.”

Among the nine-person jury who selected with winner was Grammy-winning “Downtown” singer and actress Petula Clark, 82, who Glenn Gould himself was famously smitten with.

Zoomer’s Mike Crisolago spoke with Clark following the announcement to discuss how the jury came to their decision and Clark’s enduring connection to Glenn Gould.

The process that led to Philip Glass’ Glenn Gould Award…

PETULA CLARK: It was a long journey. [Laughs] We started at 9 a.m. (yesterday) and we had a long list of laureates. And they were all extraordinary. I went in – I had my idea of who I wanted to win of course. And several others did too. And the journey was perhaps more exciting than the arrival because it was the great thing of listening to other people’s ideas, their opinions. The last hour was very, very hard because we whittled it down to four people. I can’t tell you who.

There were six women on the jury and we really felt that we’d like a woman to win this year. And so there was a woman in the last four and we wrangled over it, we talked. There was no anger – nothing like that. We were absolutely exhausted. And then it became, you know, just a natural thing. We just said: “Philip Glass.” It was as simple as that. And at the end of the day it just came down to it seemed to be absolutely obvious.

PC: None at all, no. I confess when I first heard his music some years ago I didn’t understand it at all. I’m a great jazz fan but I was brought up on fairly easy jazz – Count Basie and Oscar Peterson and that kind of thing. And then the first time I heard Thelonius Monk and got into what one might call progressive jazz, I thought, “What is this?” And I had to listen. So I think Philip Glass is like that, and it’s actually very emotional. It’s not Puccini but the stuff he’s done for movies is absolutely incredible … So yeah, I think it’s absolutely the right choice.

On Glenn Gould, who was famously smitten with Petula Clark…

PC: We never met. It’s strange because I was coming to Toronto fairly often and he was here and he didn’t try to contact me and I certainly wouldn’t have had the nerve to contact him. I didn’t know of his affection for me anyway. And then suddenly he was gone and it was too late. So I read a lot about him and I read what he wrote about me and I was very touched. I was very flattered by it. And I started listening more carefully to his music and it goes everywhere with me. So … after these last few days I feel very close to him. I feel as if I should have met him. I think we would have got on very well together.

PC: I came in from London three days ago where I’m making my new CD, which I won’t probably be recording until October. I had dinner the other night with Jimmy Webb and he’s writing something for me and I’m writing songs myself so that’s the next project and then it will almost automatically go to a U.K. tour. I’m actually in the process of doing a French tour – we’re on a sort of hiatus at the moment. But this has been great, I tell you. Toronto has been great.