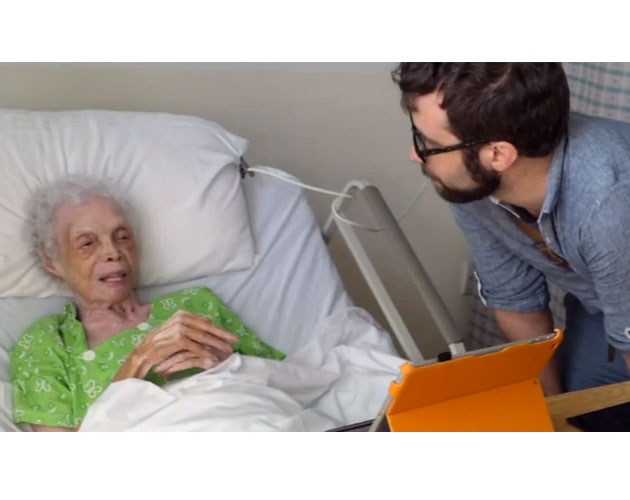 At 102-years-old Alice Barker has lived a long and fruitful life. But, it wasn’t until videos of herself as a young dancer in the 30s and 40s resurfaced did she get to see just what a life she’s lived.

Ms. Barker was a beautiful, effervescent hot-stepper who reveled in performing during the golden era known as the Harlem Renaissance, an important era during African-American history when black artists, writers and performers flourished, and the cultural spotlight was trained on legendary talents like Langston Hughes.

Although Ms. Barker did not become a household name, she was a star in her own right dancing in famed night clubs like The Apollo, Cotton Club and Zanzibar Club alongside legends like Frank Sinatra, Gene Kelly, and Bill “Bojangles” Robinson.

And for her 102nd birthday she got to relive her youthful past. Her friend, filmmaker David Shuff, tracked down videos of her performances in what was known as “Soundies”–short musical films.

“(The soundies are) making me wish that I could get out of this bed and do it all over again,” she said when asked how she felt after watching them.