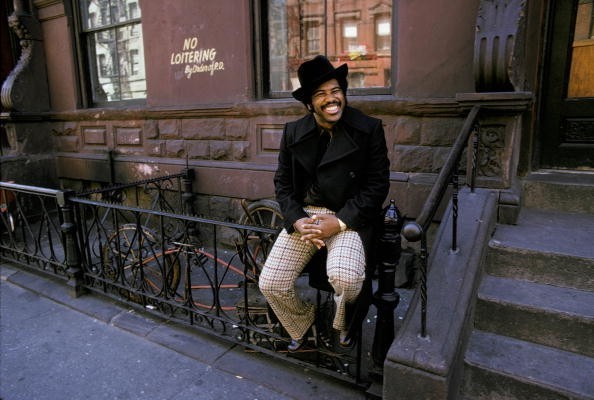 Ben E. King, the Drifter turned solo R&B star who landed three songs on the Rock and Roll Hall of Fame-curated “500 Songs that Shaped Rock and Roll” died yesterday of natural causes. He was 76.

Remembered best for his hit 1960 single “Stand By Me” – which spawned more than 400 cover versions and enjoyed renewed popularity after being featured in the hit 1986 film of the same name – King’s greatest success came in the late 1950s and early 1960s, right up until the British Invasion ushered in the era of rock ‘n’ roll.

Born Benjamin Earl Nelson in North Carolina on Sept. 28, 1938, at age nine King and his family moved to Harlem, New York. At age 20, music manager George Treadwell replaced his band, The Drifters, with King’s doo wop group, The Five Crowns. King only lasted two years with the group, during which time they released hits such as “There Goes My Baby,” “This Magic Moment” and “Save the Last Dance for Me.” King pitched another song he’d co-written, called “Stand By Me,” to the group, but they turned it down.

Following a financial dispute, King left the group in 1960, changed his name to Ben E. King and followed up with a string of solo hits over the next five years, including “Stand By Me,” “Spanish Harlem,” “I (Who Have Nothing),” “Don’t Play That Song (You Lied),” “Amor” and “Young Boy Blues.”

The Recording Industry Association of America eventually named “Stand By Me” one of its “Songs of the Century,” while the Rock and Roll Hall of Fame added it, along with “There Goes My Baby” and “Spanish Harlem,” to its list of “500 Songs that Shaped Rock and Roll.”

King continued to record and tour even after the emergence of rock ‘n’ roll pushed him out of the Billboard music charts in the mid-1960s. In 1975, he landed another American hit with the song “Supernatural Thing – Part I.” In 1986, thanks to its inclusion in the Rob Reiner coming-of-age classic film Stand By Me, the song charted for the first time since its release 26 years earlier. In 1988, he was inducted into the Rock and Roll Hall of Fame as a member of the Drifters.

In a 2013 interview with the Liverpool Echo, King stated, “I’m truly humbled and honoured. I’d never have dreamed back in the day that I’d have such an amazing career. I always felt I never chose music, it chose me. From working in my father’s restaurant in New York to this has all been by chance. I’m so lucky – it’s all I’ve ever wanted to do.”