Ellen Albertini Dow, Who Rapped to Fame in “The Wedding Singer,” Dies at 101 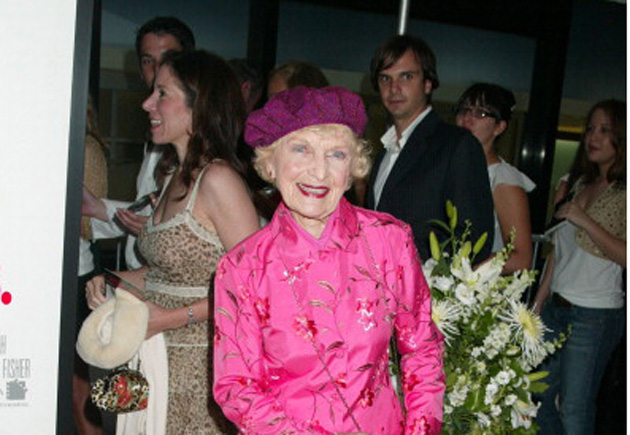 She lived to be a centenarian, spent her youth studying and/or working alongside famed artists like dancers Martha Graham and Hanya Holm and mimes Marcel Marceau and Jacques Lecoq. She earned her Masters degree from Cornell University in 1935, taught drama for almost 30 years in Los Angeles, founded a long-running mime troupe and choreographed dance performances at Carnegie Hall. Still, it’s her turn in the 1998 Adam Sandler film The Wedding Singer, in which she plays the star’s rapping grandmother, that everyone recalled when Ellen Albertini Dow passed away this week at age 101.

Part of the reason for that is the simple fact that she outlived the audience that would appreciate the time in her youth she spent alongside the likes of Marcel Marceau in Paris, or Martha Graham in New York. But she’s also remembered best for her rap performance because it really was the role that garnered her the most attention – and deservedly so – given she was so entertaining in pulling off a joke that has since become a played out gag when others attempt to duplicate versions of it.

Though I enjoyed that role, I personally prefer her turn as “Disco Dottie” in another 1998 film, 54, based on the legendary New York nightclub.

With guest spots on TV series’ as varied as The Twilight Zone, The Wonder Years, Newhart, The Golden Girls, ER, Seinfeld (as Mr. Peterman’s mother who, from her death bed, reveals George’s secret bank card code, “Bosco”) and Star Trek: The Next Generation, as well as films including Sister Act, Patch Adams, Road Trip and Wedding Crashers, Dow made the most of her three decades in film and television, especially considering she only started appearing in roles on screen in her early 70s. One of her last roles was on the television series New Girl in 2013.

Born Ellen Rose Albertini in Mount Carmel, Pennsylvania, on Nov. 16, 1913, Dow caught the performance bug early, studying dance from the age of five. She met and married her husband, fellow theatre performer Eugene Dow, in New York in 1950 and the couple remained together until Eugene’s passing in 2004. They had no children, but Variety reports that she is survived by nieces and nephews.