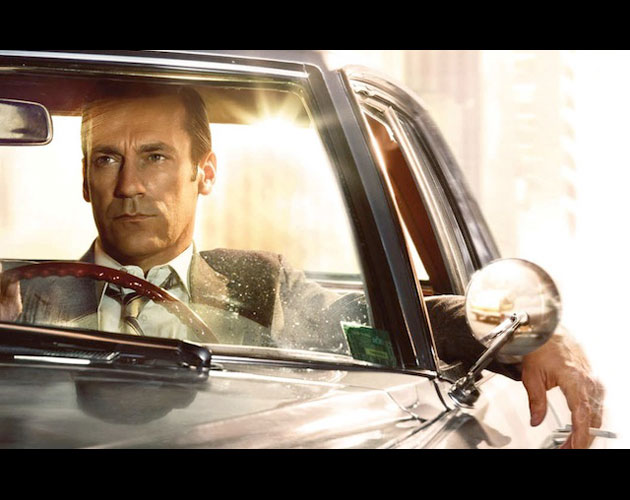 The final olive drops into the martini glass this spring when Mad Men, one of the most critically lauded and influential television shows of its generation, signs off for good.

The ’60s retro cool sensibility that’s permeated everything from clothing to cocktails to coiffure is evidence of the show’s impact on popular culture, its greater irony being that the decade that witnessed the moon landing and future visions of flying cars and robotic servants inspires 21st-century folk to turn back the clock for cultural cues.

As Bruce Handy wrote in Vanity Fair, “… you can now talk about a Mad Men skirt or lampshade or pickup line where once you might have used ‘space age’ or ‘Kennedy era’ or ‘Neanderthal.’ ”

And still, beyond the superficial, the show reflects something deeper within us: a reminder of both how far we’ve come and how far is left to go.

The career of tenacious Peggy Olson (Elisabeth Moss), for example, spotlights a rare female success story in a world where secretaries spend as much time in the boss’s lap as they do at their desks. By contrast, Joan Harris (Christina Hendricks) combined her professional talents with her, ahem, physical ones to propel her own corporate rise. Two conflicting interpretations of “female empowerment,” though we’re hardly secure enough in our “progressiveness” to judge.

In the January 2014 State of the Union address, U.S. President Barack Obama declared, “It’s time to do away with workplace policies that belong in a Mad Men episode,” in reference to the inequality in pay for women when compared to their male counterparts. And equal pay is just the tip of the ice cube in the Old-Fashioned.

Perhaps Mad Men’s most profound achievement is the stark reminder that, in some ways, the tapered suit, so to speak, still fits. And speaking of tapered suits, there’s Don Draper (Jon Hamm), whose fate teeters on pillars of vice and deception. Seven episodes remain for any possible redemption. And we should root for him. After all, if there’s hope for Don’s salvation, there’s hope for the rest of us.