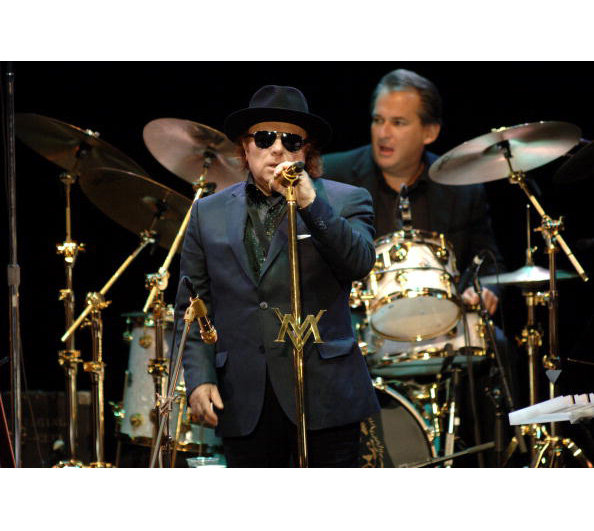 It’s “Sir Van” to you now that Queen Elizabeth II has slotted rocker Van Morrison, 69, to receive a knighthood as part of her annual Queen’s Birthday Honours. The “Brown Eyed Girl” singer received the honour “for services to the Music Industry and to Tourism in Northern Ireland.”

Van Morrison joins 1,163 other honourees listed for titles that include:

Commander of the Order of the British Empire (CBE)

Officer of the Order of the British Empire (OBE)

Member of the Order of the British Empire (MBE)

American actor Kevin Spacey, 55, received an honorary knighthood “for services to British theatre and international culture” for his work as artistic director at London’s Old Vic Theatre, according to the BBC. Michael Bond, 89, who created the famed raincoat wearing Paddington Bear, earned himself a CBE while 103-year-old immunologist Dr. William Frankland became the oldest honouree with his MBE.

Other high-profile winners included 12 Years A Slave star Chiwetel Ejiofor and The Imitation Game star Benedict Cumberbatch, who both earned CBE’s while Oscar-winning The Theory of Everything star Eddie Redmayne was awarded an OBE.

The BBC also pointed out that, while 51 per cent of overall recipients were women (only the second time ever men haven’t tallied more than 50 per cent), the number of new knights outnumbered the new dames three-to-one.