Between the Lines…with Billy Connolly (Part One) 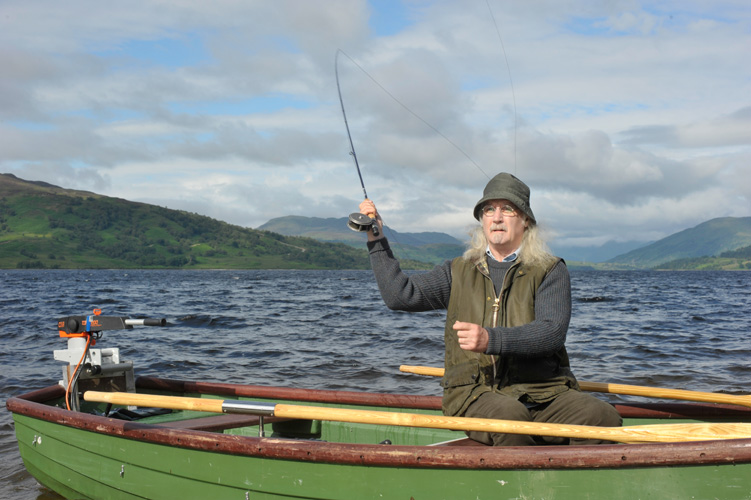 The Scottish actor/comedian discusses playing a character with terminal cancer while secretly battling the disease in real life.

It’s one thing for an actor to play a character living with terminal cancer. It’s another for that actor to be secretly battling cancer in real life as he does it. That’s what happened to Scottish comedian Billy Connolly, 72, who received a prostate cancer diagnosis ahead of filming the British family comedy What We Did On Our Holiday – about a family gathered to celebrate their dying patriarch’s (Connolly) 75th birthday. The legendary comedian didn’t tell anyone in the film about his cancer diagnosis, or that he was going in for life-saving surgery when the film wrapped. Connolly recently discussed it with Zoomer’s Mike Crisolago.

MIKE CRISOLAGO: I saw What We Did On Our Holiday last night and I really enjoyed it.

BILLY CONNOLLY: I’m glad you liked it. And I’m glad you saw it because when people haven’t seen it I always say it’s charming, but it can be a poisonous little word.

MC: What was it that drew you to the film?

BC: Actually the thing that drew me was Andy Hamilton, the director. But he’s also a comedian. And I’ve known him for ages and so [I said], “When you have anything to offer it would be worthwhile.” And he’s done some ground-breaking work on television with a sitcom that I’ve never seen where he gets children to improvise the way they do in the movie. So I thought it would be fun. And I was right.

MC: Was everyone improvising in the film or just the children?

BC: The kids mainly, and me. When I was with the kids I was improvising.

MC: The kids were fantastic in this movie. One of the highlights really.

BC: And they’re stunning!

MC: In the film you play Gordie, a grandfather who is dying of cancer, when in reality you had been diagnosed with prostate cancer and hadn’t told anyone on set. What was that experience like for you?

BC: It was extraordinary because I hadn’t told them and then I had to say the actual word “cancer.” [Laughs] Talk about method acting.

MC: Was that line improvised?

BC: Yeah it was in the middle of an improv session. But I was telling [his movie granddaughter] “Sometimes lying is okay.” Remember that scene? So everybody lies. “Your granny lies to the policeman when he asks her what speed she was doing.” [Laughs]

MC: After playing this character, did you feel any different about your own diagnosis?

BC: No I didn’t because I had to go and be operated on [to remove his prostate]. [Laughs] I was more worried about the future of my ass on the planet.

MC: You’ve dealt with a number of health issues in recent years, from cancer to Parkinson’s to hearing issues and memory loss. What advice would you give to others for keeping active and not letting health issues limit what you can and cannot do?

BC: I’ve only got four words: get on with it. I’ll be lucky if I find a gig, the state I’m in. I’ve got acid reflux and deafness and Parkinson’s and f**king cancer. [Laughs] If I make it to the stage I’ll be quite pleased.

MC: As a comedian who observes life through a different lens than the rest of us, do you find that the absurdities of life get funnier as you age?

BC: They do. It does get stranger and weirder every day. Not only the big things but small things. There was a guy walking towards me the other day and he had a dog, a kind of collie. And I could hear him talking to it as he was walking towards me. And as he got closer I could hear what he was saying. He was saying, “And then we’ll go to the park. And then we’ll go down by that big monument we used to go to before. That would be nice, wouldn’t it?” And he’s talking to a f**king dog! And it was like he was expecting an answer. [Laughs] I thought, “I like life. This is the kind of world I want to live in.”

What We Did On Our Holiday opens today in select theatres. Click here for our Zoomer review.

And stay tuned for Part Two of Zoomer’s interview with Billy Connolly, coming in October as Connolly crosses Canada on his latest stand-up tour.