Between the Lines … with Sir Ian McKellen 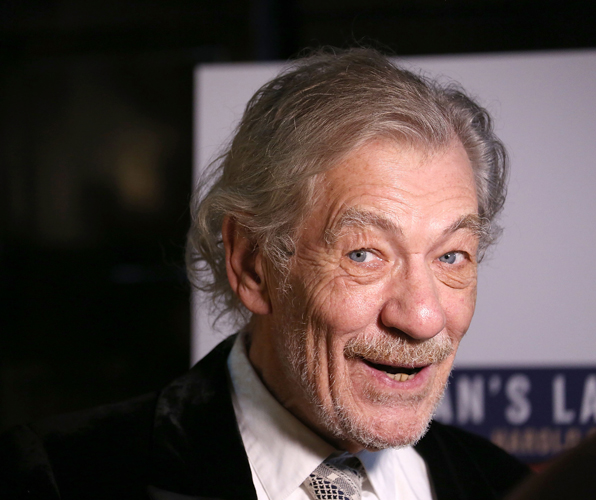 Zoomer’s Mike Crisolago spoke with the actor shortly after celebrating his 76th birthday.

MIKE CRISOLAGO: Happy belated birthday! Did you do anything special to celebrate?

IAN MCKELLAN: I did a number of things as it happened. I was just with friends on the whole. And there was a cake with 76 candles on it, actually, and I failed to blow them out in one go. That’s 76 years of bad luck, isn’t it?

No, I’ve never been a big one for birthdays. Actors get so much attention all the year around. People send us cards on first nights. We get little presents. We don’t need birthdays. It’s other people who are ignored by everybody for the rest of the year who need birthday celebrations. So its never been a big deal for me, a birthday. Not since I became an adult. And you don’t really want to be reminded each year that you’re getting older, do you?

MC: In Mr. Holmes, Sherlock’s struggles include reconciling unresolved issues from his past. Is that a subject that, as the actor portraying him, you could relate to?

IM: Yes, I could relate to it because … I could understand that someone might want to clear up an emotional memory that he can’t quite get to grips with. I could imagine someone wanting to find the elixir that would give him back his concentration and his mental abilities. But it’s not what I particularly feel about myself.

I have friends who are victims of old age and some of its diseases and complications and it is something therefore I find myself thinking about more than I used to do. But anyone will tell you, unless they’re really incapacitated, that they don’t feel old, that their spirit is sort of ageless. But, equally, I don’t believe those myths about old age that the older you get, the wiser you get. And that experience leads to wisdom. It doesn’t. [Laughs] It depends on what sort of person you are. And I think I’m just still chugging through from day-to-day and, in my case, job to job. Which I’m very pleased I’m able to do because it gives me a focus which I enjoy.

MC: I enjoyed how this film puts forth the idea that Watson has written these stories about Holmes, which leads the public to believe they know everything about him. In a way it’s very similar to modern day fame.

IM: Yes! [Laughs] Yes, it’s a clever notion, isn’t it, because it’s part of convincing you that Sherlock Holmes is a real person, not a fictional character. And I think that’s very witty. It’s true, you know. If you read the books there’s no mention of the sort of pipe that [Holmes smoked]. And the calabash pipe, which curves away down below the chin, was a device of William Gillette, who was the first actor to play Holmes on stage. And he apparently used that pipe because a more conventional one, which stuck out from the face, would have obscured his face from the people sitting in the front rows of the theatre. So I think there are accretions that Conan Doyle hadn’t put any stress on. But we now, of course, think of the image of him with the pipe and a magnifying class and the deerstalker, which he would never have worn in London. He was a gentleman and he would wear a top hat, which is what I wear in the film.

MC: Were you a fan of Sir Arthur Conan Doyle’s work before this film?

IM: I think I was in the way that most people are. I can’t remember a time when I didn’t know who Sherlock Holmes was or had some clear idea of him. But whether I read the stories as a kid – I probably did read a few. I’d seen representations of him, I’d heard him on the radio when I was a boy and then later on television. I think once or twice on the big screen. So, along with everybody else, he’s just always been there. I wasn’t obsessed.

MC: You say he’s always been there, which is similar to characters like Gandalf and Magneto, who people also feel they know before they see you portray them. How enjoyable is it, then, to take a familiar character like Holmes but re-interpret him as an older man — an image of Holmes we’re not familiar with?

IM: When you’re acting it you have to concentrate on the present – where he is and his life. So for much of the film I’m thinking about a man simply trying to survive and trying to hold onto his memories and discovering himself. I think that’s the interesting thing that by the end of the film he’s a more attractive person than he is at the beginning. Someone you might want to spend time with. But then there is the younger Holmes when he’s just going about his business and being rather tripped up by this relationship with the young woman. Although he’s called Sherlock and he is Mr. Holmes, actually he’s a very particular sort of person and that’s what, as the actor, you concentrate on. And you hope people are going to go along with it.

Mr. Holmes is in theatres today. Click here for our film review and let us know what you thought of the movie in the comments below, or by tweeting our reviewer at @MikeCrisolago.