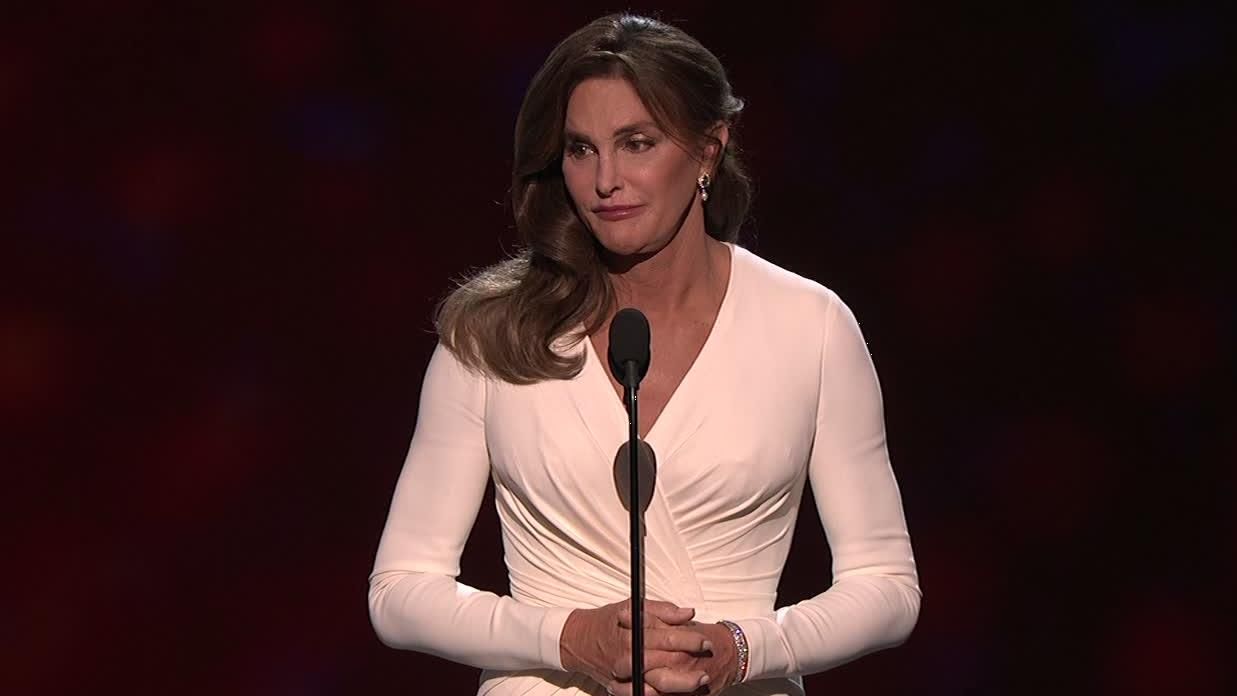 She was probably the most anticipated guest at the ESPY Awards on Wednesday night.

ABC US News | World News
And Caitlyn Jenner, dressed in a creamy white figure-hugging Versace gown, certainly brought a wow factor to the award show, which recognizes individuals from the world of sports and their outstanding achievements. It was no easy feat on her part to stand out, considering this glittering affair brings together some of the biggest professional athletes and Hollywood A-listers together.

When Jenner took to the stage to accept the Arthur Ashe Award for Courage – to one of two standing ovations – viewers saw a slightly nervous individual. No surprise there, considering that this was her first official public appearance since coming out as a transgendered woman.

“Trans people deserve something vital: They deserve your respect,” Jenner said. “If you want to call me names, make jokes, doubt my intentions, go ahead, because the reality is, I can take it,” she said. “But for the thousands of kids out there, coming to terms with being true to who they are, they shouldn’t have to take it.”

Her speech reached an emotional peak when he thanked his family. “The biggest fear in Caitlyn Jenner coming out was I never wanted to hurt anyone else, most of all my family and my kids,” Jenner said.

Both the Jenner children and the Kardashian girls were out in full force for support.

And in a family that knows a thing or two about the power of spotlights, they all wore black, which in essence made Caitlyn Jenner, in her ivory gown, stand out even more.

It was a move the lime-light hogging family was clearly saying to their father; this is your night.